By Alex Brummer for the Daily Mail

The end of cheap money is bringing what John Kenneth Galbraith called ‘the bezzle’ to a shuddering halt.

Crypto has crashed, placing the future of funds such as Three Arrows Capital in doubt. Flimsy online stocks like Manchester-based THG have seen their share prices smashed and would-be buyers melting away.

SPACs (special purpose acquisition vehicles) such as Ginkgo Bioworks, often adorned with celebrity names, have fallen out of fashion. 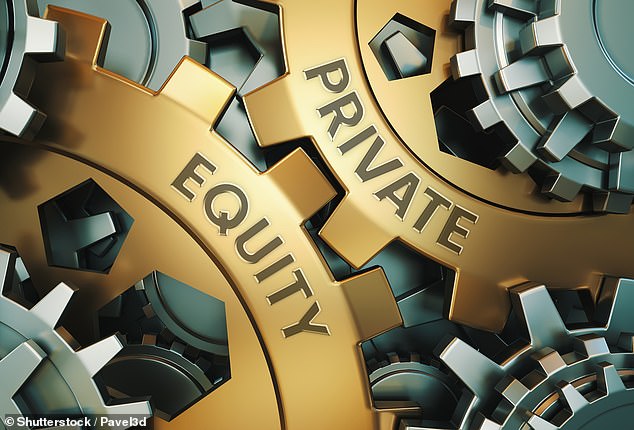 Seizing up: Cracks in the invincibility of the private equity model are starting to appear

In this parable of frothy market woe, private equity could be next. Even small changes in market interest rates, for owners which rely on debt and quick turnarounds, spell trouble. So far there are no major casualties (as far as we know) and financial buyers continue to nibble away in the foothills of the FTSE100.

For some reason, when strikes loom, much of the nation’s domestic transport sector has a ‘For Sale’ over the door. Stagecoach could soon be swallowed by German fund DWS. The Go Ahead board has agreed to sell out to combined Aussie and Spanish investors. Only First Group still bets on independence.

These deals threaten to starve bus and train networks of investment as financially-driven owners struggle under piles of debt.

Go Ahead is based in Newcastle and the loss of ownership of one of a handful of quoted companies in that city is a blow to the localism espoused by government. In the midst of a European war, chunks of the UK’s vital defences are also being sold. They are only held up by security reviews.

Advent, disguised as one of the great names in British aviation Cobham, wants to buy submarine sonar maker Ultra Electronics. It is hard to imagine Winston Churchill allowing radar capacity to fall into foreign hands in the heat of global conflagration. The bid comes from a private equity outfit which has defenestrated UK aerospace and is driven by short-term financial rewards.

Cracks in the invincibility of the private equity model are starting to appear. At the annual gathering of the buyout barons in Berlin the mood was sombre.

A combination of Chinese shutdowns, war in Ukraine and global hikes in interest rates – with the Reserve Bank of Australia, the Federal Reserve, Swiss National Bank and Bank of England increasing rates last week – are hurting. The peril is not over with the Americans signalling that interest rate rises will peak at 3.8 per cent. That is a big difference to the almost free money which encouraged the private equity binge.

The value of private equity deals reached a record of £90.5billion in the first half of 2022. As so often in financial markets the new peaks, as laggards climb on the bandwagon, are the wrong moment to invest. The speed with which warfare, inflation and higher borrowing costs have changed market dynamics has been devastating.

The bidding war for Boots – which involved private equity funds – ended with a lower than initially expected price and a benevolent Indian entrepreneur Mukesh Abani of Reliance in poll position.

This paper opposed the private equity buyout of Morrisons by Clayton, Dubilier and Rice. Reports that the new owners are seeking to raise cash so quickly after trying to organise a sale and leaseback of Morrisons’ home-owned farming, food production and fishing facilities should fill us with horror as the cost of living hits households.

But private equity fat cats, gorging on rich returns, will not worry about that.

The peninsula has been hit by three strikes...

It's been two years since young Axel Wenzel...

She-Hulk: Attorney at Law is the latest MCU...

Christine Farnish has accused the regulator of favouring...
AMED POST

The peninsula has been hit by three strikes...

It's been two years since young Axel Wenzel...

She-Hulk: Attorney at Law is the latest MCU...