By Jonathan Spencer For Mailonline

Arsenal have completed the £540,000 signing of teenage centre back Omar Rekik from German side Hertha Berlin.

Rekik trained with the club’s Under 23s on Wednesday at their London Colney base before Gunners boss Mikel Arteta admitted the deal would be announced ‘very soon’.

And the Gunners confirmed the expected news on Thursday afternoon, announcing the 19-year-old will join up initially with the Under 23s squad after signing his professional contract. 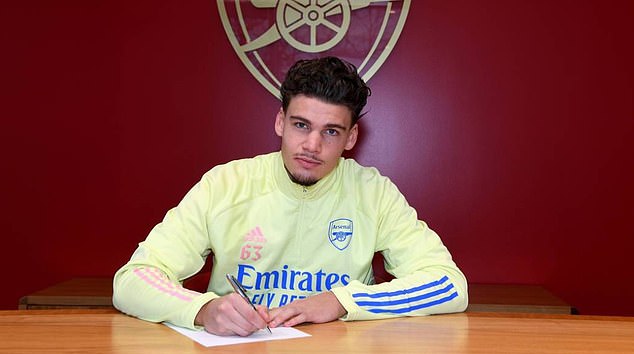 Rekik, who has been tipped for a bright future, is a ball playing centre back and is equally comfortable on either side.

Rekik, who was born in the Netherlands, has played internationally at youth level for both Holland and Tunisia.

Prior to moving to Hertha Berlin, the defender had spent time at Feyenoord, Manchester City, PSV Eindhoven and Marseille.

Arteta has described his first signing of the January transfer window as a ‘young talent with a very bright future’.