By Pete Jenson for MailOnline

Ronald Koeman said when he ticked off the club’s more experienced players at the start of the week he was NOT talking about Lionel Messi.

In the build-up to the game Koeman had talked about the importance of the club’s experienced players stepping up to save the club’s season. 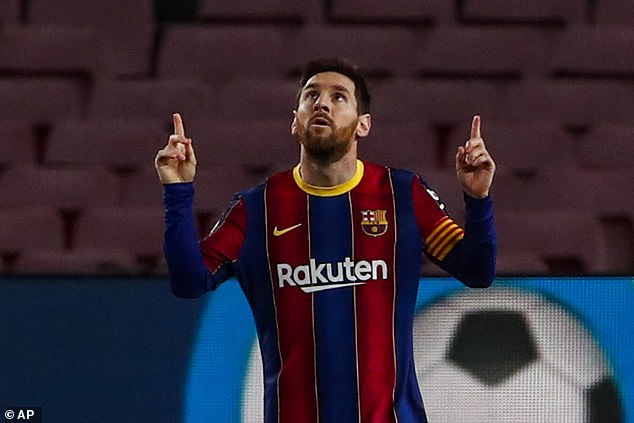 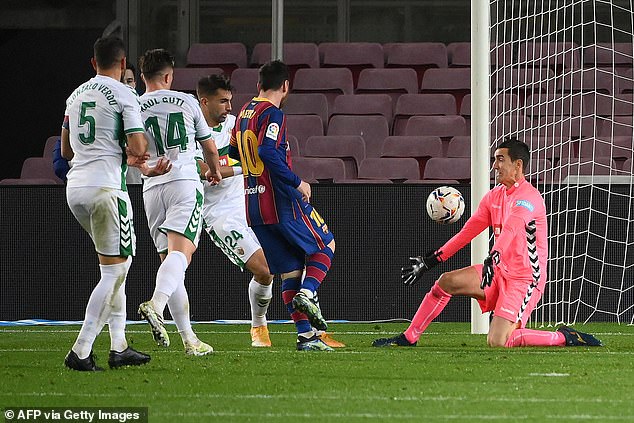 ‘When I spoke about the experienced players I was not talking about him,’ said Koeman. ‘He keeps scoring lots of goals. It’s the others that have to start making a difference, not Messi. He is already making a difference and he did it again in this game.’

Koeman had left Antoine Griezmann and Ousmane Dembele on the bench for a game Barcelona had to win to get back in the title race.

Messi was upset in the first half after a pedestrian 45 minutes left lowly Elche very much in the game at the break. ‘Everyone could see that we lacked intensity in rhythm in the first half. It’s a good thing that as the captain Messi demands more intensity,’ said Koeman.

Messi was not the only one making demands. Koeman admitted he was not a happy man at the break. 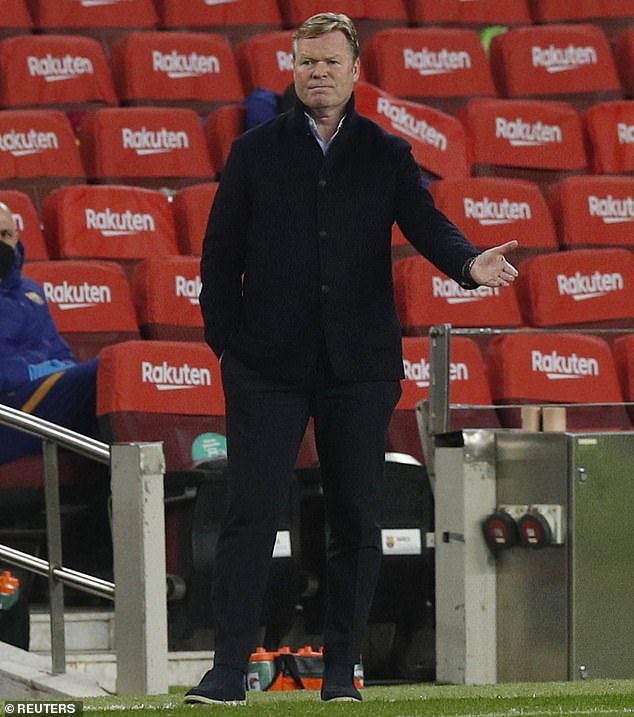 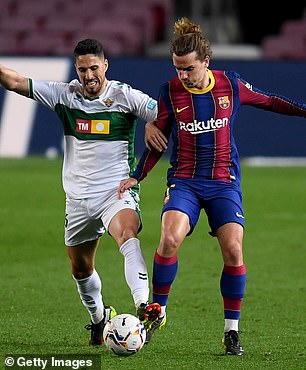 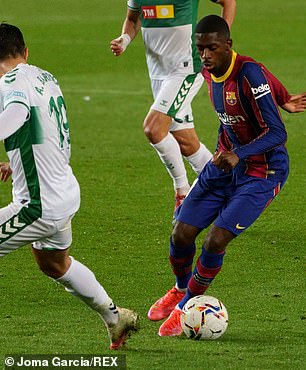 ‘I was disappointed with our play and the rhythm we were playing at. We were a bit slow. We were much better in the second half.’

This 3-0 victory from Barcelona was the perfect response to losing to PSG a week ago and then failing to beat Cadiz at the weekend.

Koeman added: ‘We needed the win after the last two results. We played an excellent second half and that made the difference. We needed to make changes because there are so many games and we needed fresh legs.’

Barcelona are now just two points behind second placed Real Madrid and only five short of leaders Atletico Madrid but having played a game more.