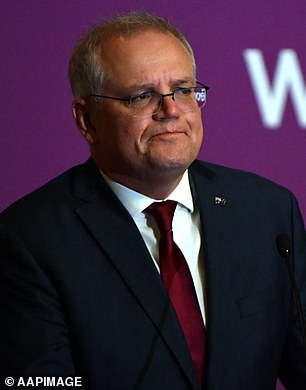 Calls are growing for a cabinet minister to resign over a historic rape allegation dating back to 1988 – as the alleged victim’s friend slams the ABC for its coverage of her claims.

A letter from a mystery sender containing a detailed statement from the alleged victim was sent to Scott Morrison and two South Australian senators last week.

The woman, who died by suicide in Adelaide last year, claimed she was raped by the man at an event in Sydney when she was 16.

The ministerial code of conduct requires a minister to stand aside if charged with a crime.

But the minister won’t face court because under NSW law a rape charge can only be laid if there is a living complainant.

The alleged victim’s lawyers – whom she engaged in 2019 before withdrawing her complaint the day before she died – say the minister should stand down anyway.

Michael Bradley of Marque Lawyers told the Sydney Morning Herald: ‘It’s untenable for him not to, I would think. It’s not really a legal question, it’s a question of propriety.

‘It goes to his ability to do his job. It’s necessary that his integrity is not under serious question.

‘And it’s about the integrity of the entire government – whether it can carry on with a cloud this huge hanging over it.’

Greens leader Adam Bandt also called for the minister to stand down and demanded an inquiry.

‘If the Prime Minister doesn’t at least stand this man aside while he conducts his own inquiry, then he’s sending the terrible message there is space in his cabinet for someone with an unresolved rape accusation,’ he said.

On Monday Treasurer Josh Frydenberg told reporters: ‘Everyone is entitled to the presumption of innocence. This is Australia after all.’ 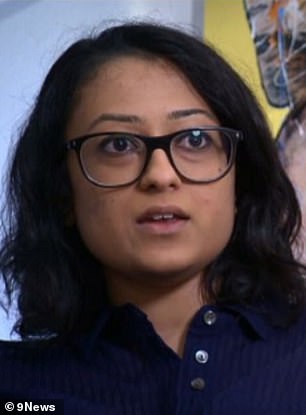 The minister has not commented and a spokesman for Mr Morrison on Friday said any allegations should be referred to the Australian Federal Police.

The woman had bipolar disorder and had attended a psychiatric hospital in Melbourne in the months before her death aged 49, according to the ABC’s Four Corners which first reported the allegation on Friday.

A close friend of the woman, former Liberal staffer Dhanya Mani, said the alleged victim had wanted to become a Liberal MP and accused the ABC of attacking the party with its coverage of the allegation.

‘She would have hated that this is clearly being politicised as an attack on a political party that she would have wanted to run for,’ Ms Mani told Sky News Australia on Sunday.

Ms Mani said the Four Corners online article, which contained some detail of the allegation, was ‘sensationalised’.

‘She’d be furious, disheartened, feel disrespected and debased to see how they’ve approached this coverage because she was a brave, courageous advocate for women,’ Ms Mani said of her friend.

‘It felt like obvious attempts at sensationalism, to try and make something seem perverse, to try to appeal to public outrage at her direct expense and at her family’s direct expense.’

Ms Mani said the woman’s family had asked Four Corners not to tell her story – but the ABC went ahead anyway.

She also claimed she was pressured into speaking to the ABC just a week after the woman had died.

‘[I thought] Why are they even doing this so quickly. Why now? Why within a week,’ she said.

An ABC spokesman told News Corp: ‘The issues that are being reported on are difficult, but significant, and in the public’s interest to be informed about.

‘The ABC’s coverage has been accurate and carefully and appropriately handled.

‘The ABC does not reveal details of how we investigate stories, or communications we may have had with sources in the course of those investigations, and it would be unethical to do so.’

Daily Mail Australia has contacted the ABC for comment.

Greens Senator Sarah Hanson-Young and Labor Senator Penny Wong received the unsigned letter and both released statements saying they had contacted the AFP.

Ms Mani said she tweeted both to ask them not to politicise her friend’s allegation but Senator Hanson-Young blocked her.

Senator Hanson-Young said the information she had received regarded a ‘disturbing and a very serious allegation of a criminal nature against a senior member of the government’. 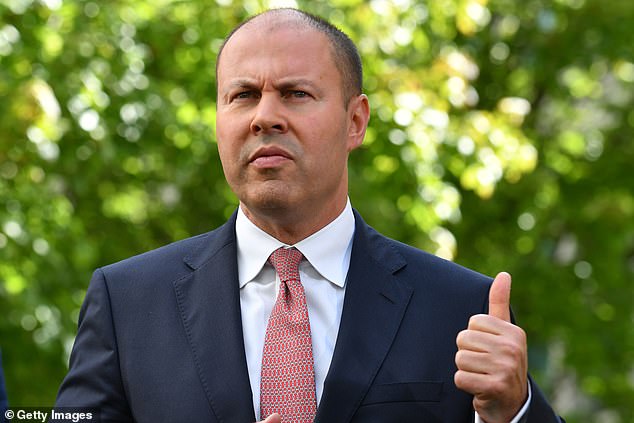 On Monday Treasurer Josh Frydenberg told reporters: ‘Everyone is entitled to the presumption of innocence. This is Australia after all.’

Senator Wong said it was her understanding the complainant reported the assault to NSW Police and South Australia Police.

The Australian Federal Police on Saturday issued a statement saying it would liaise with the relevant state authorities.

‘Further enquiries can be directed to the New South Wales Police Force,’ it said.

NSW Police said in a statement on Friday night that a report of alleged historic sexual violence was received in February 2020 and detectives commenced an investigation under Strike Force Wyndarra.

‘After strike force investigators were advised that the body of a 49-year-old woman was located at a home at Adelaide by South Australia Police (SAPOL) on Wednesday 24 June 2020, the investigation was suspended,’ the statement said.