By Will Kelleher For The Daily Mail

Wales knew England would crumble under pressure in Cardiff as they capitalised on ill-discipline to take a record win.

England conceded 14 penalties in the 40-24 defeat, with Wales scoring the most they ever had against their old foes and four tries in this match-up for the first time since 1998.

And their calm-headed kicker Callum Sheedy said pushing England to breaking point was all part of the plan. 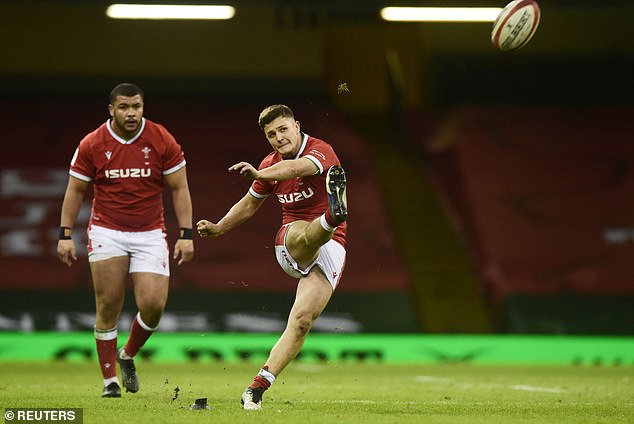 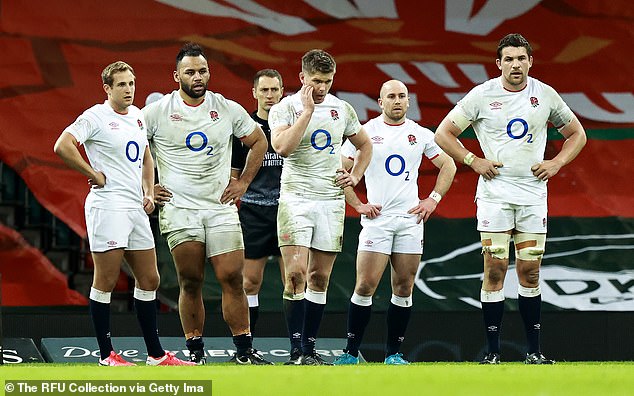 ‘We felt we controlled that middle period quite well,’ he said of Wales navigating from 24-all after an hour, to a convincing victory.

‘It’s like anything, if a team’s under pressure, discipline starts to get a bit wavy. I haven’t watched the game back and whether they were or were not penalties, I don’t really care to be honest.

‘We knew if we could choke them enough, they would get ill-disciplined. Thankfully that happened.’

Wayne Pivac only won three Tests in his first year in charge, but has matched that in four weeks in this tournament. He will not allow the Welsh to get carried away though. 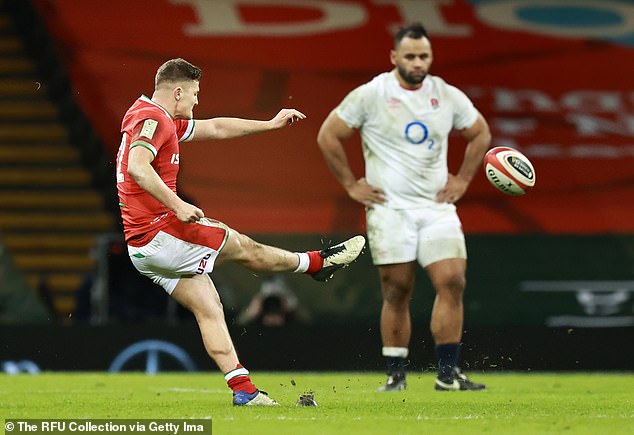 ‘We’ve already spoken briefly about the importance of the Italy game,’ he said.

‘It would undo a lot of very good work if we didn’t focus on that game and that game alone. We have to make sure we go out there and put in another solid performance and hopefully get the points.

‘The last weekend against France will take care of itself.

‘Hopefully people are seeing that the hard work is starting to pay off. But there are still two big games to go.’