Dr. Martens shares soar by more than 20% on record sales

By Angharad Carrick For This Is Money

Dr. Martens has defied inflationary pressure and is now ‘stronger than ever’ after reporting a huge jump in profits.

Dr. Martens shares jumped more than 22 per cent in early trading to 265.33p – their highest point in three months – as investors cheered a strong recovery, driven by US and UK trade. 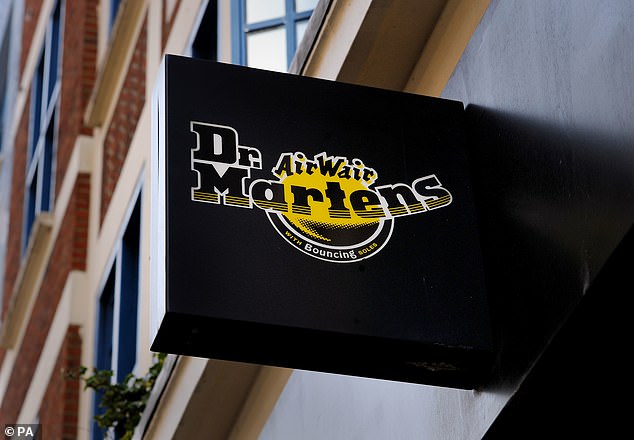 The firm’s share price has floundered somewhat since its market debut 16 months ago as Dr. Martens suffered weaker trading in Asia because of Covid lockdowns.

Chief executive Kenny Wilson said the results had been driven by prioritising direct-to-consumer revenues, which now makes up 49 per cent of its revenue, rather than through distributors.

Ecommerce revenue is up 11 per cent and makes up nearly a third of Dr Martens’ total revenue.

Dr. Martens also opened 24 new stores, ending the year with 158 of its own stores and plans to open between 25 and 35 more over the next year.

‘The company’s focus on selling direct to consumers seems to be paying off – supporting margins and giving the company greater control over its destiny.

‘Perhaps most significantly Dr Martens look set to put one foot in front of the other by following up with more meaningful growth in its current financial year.

‘The brand’s appeal clearly still resonates with people and customer loyalty could be an absolute godsend at a time when household budgets are tight.’

It is a glimmer of hope for the British high street after a slew of disappointing results from leading retailers as supply chain issues and inflation start to bite.

Dr. Martens has raised its guidance on revenue growth, expecting ‘high-teens’ revenue growth in 2023 as a result of price increases.

Wilson said: ‘Our brand is stronger than ever, with significant growth in awareness, familiarity and recent purchase. Dr. Martens remains incredibly underpenetrated globally, giving us conviction in our future growth ambition.

Ridley release date, cast, plot: When will Ridley come out on ITV?

10 magical movie moments we can't stop talking about this summer, from 'Top Gun' to 'Elvis'

Ridley release date, cast, plot: When will Ridley come out on ITV?

Who is in the cast of Ridley?Leading the...
AMED POST