Female FIFO worker says she earns $2,000 a WEEK from cleaning – and doesn’t have to pay a single cent on flights, meals or laundry

A young woman working as a Fly-In-Fly-Out worker at mining camps in Western Australia has revealed she earns $2,000 a week as a cleaner and doesn’t have to pay for any expenses.

Maritza Garviso, from Chile, is on the second year of her two-year working holiday visa and has based herself in Perth to soak in the Australian culture.

Ms Garviso, in her late twenties, spoke about travelling to the country with her boyfriend and her experience working as a FIFO cleaner in a video uploaded to YouTube last week. 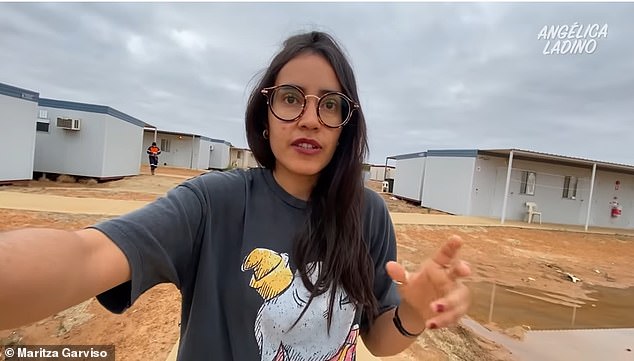 Maritza Garviso (pictured) from Chile opened up about working as a FIFO in Western Australia saying she earns $2,000 a week 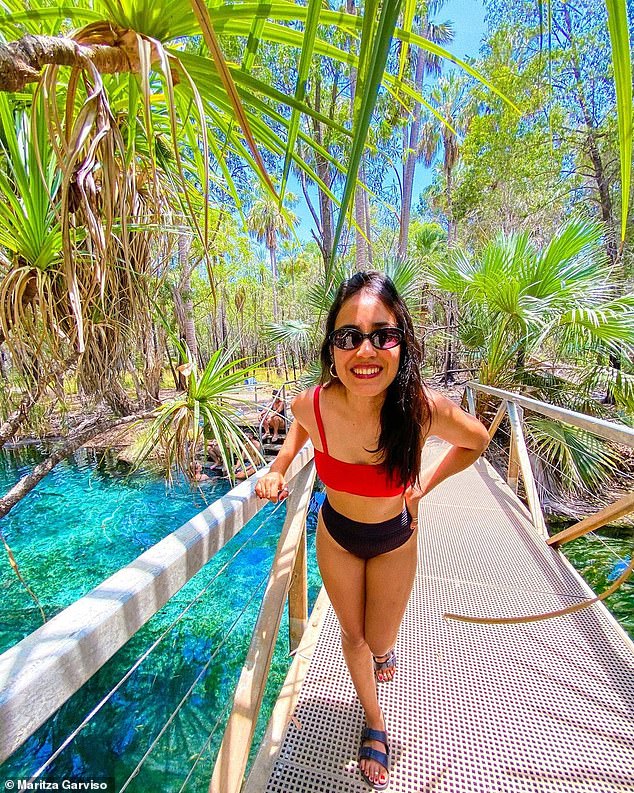 She explains in the video she initially took the job to save money and allow her to do activities in Australia but also found the shifts, of two to three weeks on-site and one week off, also suited her.

‘If you work a lot here, you can save a lot. That’s the biggest reason why everyone is here. It depends on how much you work,’ Ms Garviso explains.

She said her hourly rate is around $29 Monday to Friday but then spikes up to $36 an hour or more on Saturday and Sundays.

Public holidays, she says, are the best days on which to work as the pay increases to about $58 an hour.

‘Luckily I had to work Christmas, Boxing Day and Australia Day so I took advantage a lot there.’

While the shifts are longer than a typical eight hour day, often stretching up to 12 hours or longer, the oppourtunity to earn big money is also available

‘So working 11-hours-a-day from Monday to Sunday for two weeks or three weeks a good approximate is $2,000 in Australian currency a week. ‘ 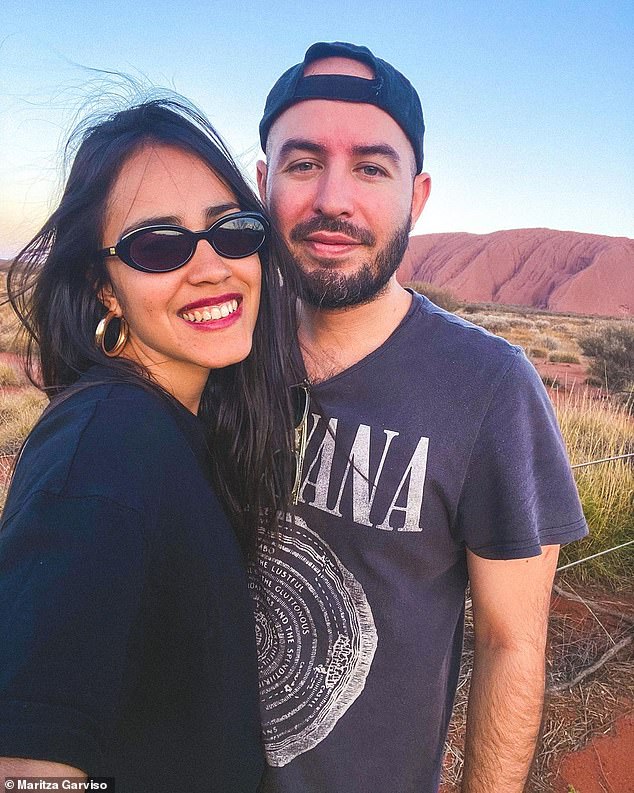 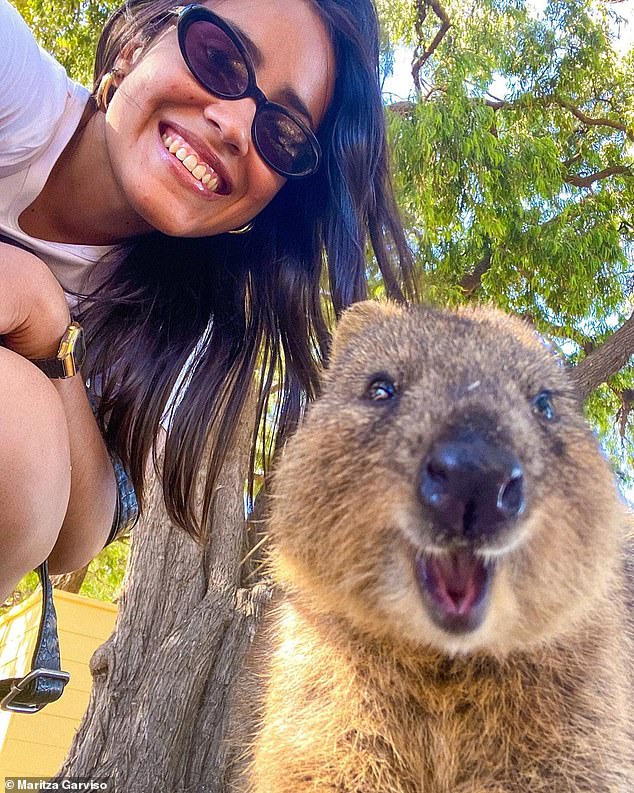 On a trip to Rottnest Island, home of the world-famous quokkas known for looking great in pictures

‘That’s what you can earn here working at a mine, but you have to remember everything depends on the job you have.’

Ms Garviso also adds that when she is on-site every expense is covered, from breakfast, lunch, and dinner, to her laundry being cleaned, and medical checkups, so that all the money she earns is saved.

The up to five hour airplane flights from Perth to the mine site and back are also paid for by the company which employs her.

She does warn that the work is hard, however, involving manual labour and long days – and that the accommodation facilities at the mining are sparse. 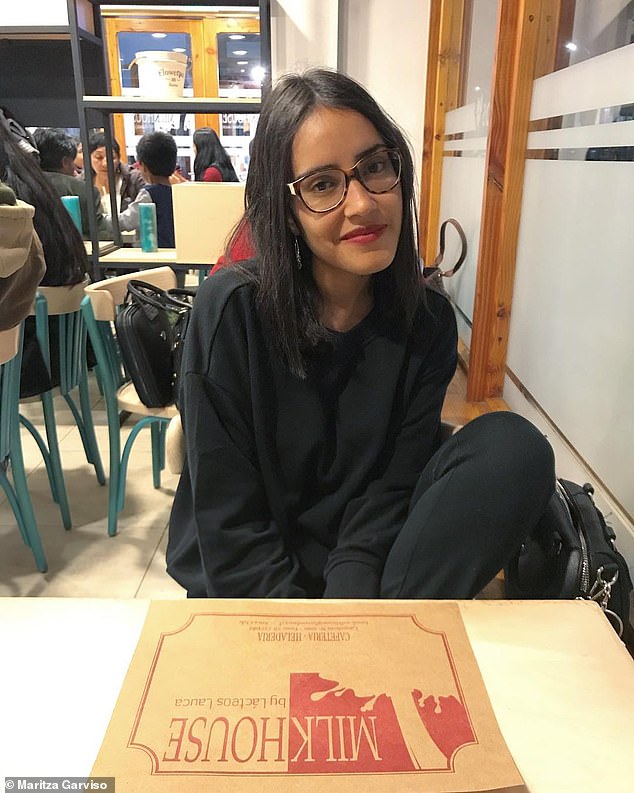 Since arriving from Chile, Ms Garviso has traveled around much of Western Australia funding the trip with FIFO work

On a tour of her room, Ms Garviso shows her single bed, tiny desk, bar fridge, small television and ensuite all squeezed into a roughly 20sq m room.

However, the money saved combined with the shift pattern of two or three weeks on site and one week break, she explains suits her perfectly as she then has money and a good number of days off to enjoy Australia.

FIFO jobs can be found using online employment sites such as Seek, though those on working holiday visas would also have agencies from your own country that can help line up these kinds of roles.

A quick search of Seek on Monday found more than 180 FIFO cleaning jobs listed on site. 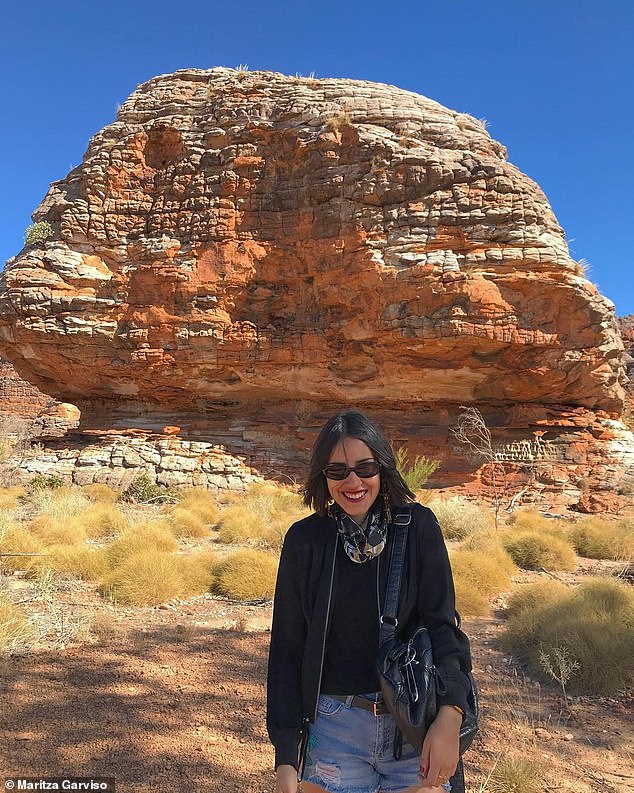 Dawn breaks over Windsor on day of Prince Philip's funeral