Ralph Hasenhuttl has blamed the video refereeing for ‘destroying the game’ after a controversial penalty decision helped Wolves beat Southampton 2-1 at St Mary’s Stadium on Sunday.

Wolves were awarded a penalty after Nelson Semedo’s strike hit Ryan Bertrand’s hand while his back was turned. However, Leander Dendoncker was not penalised when clearly hit his arm inside the penalty area in the 63rd minute.

As a result, Pedro Neto went on to score the winner three minutes later to inflict Southampton’s sixth consecutive defeat for the first time in the club’s history. 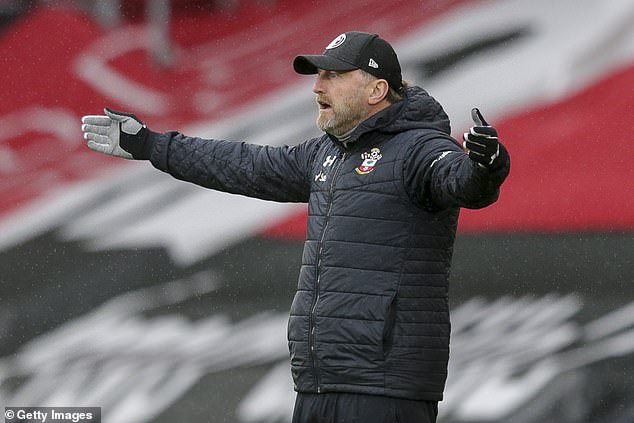 Speaking after the game, Hasenhuttl said: ‘The games are not decided in the stadium anymore. They are decided at Stockley Park. This is not so good for the game.

‘I don’t know what Mr Atkinson saw. If you give the first penalty, then you have to give the second one.

‘Normally I am a fan of VAR but they don’t do such a good job at the moment. It destroys the game.

‘I think we shouldn’t discuss about our run if you know what happened today. For me hard to understand, hard to explain, hard to take this defeat. 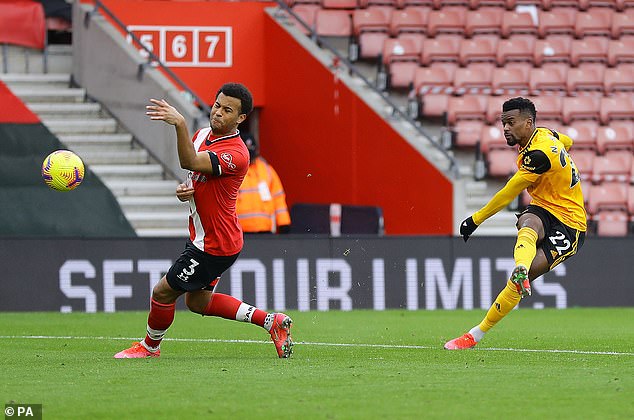 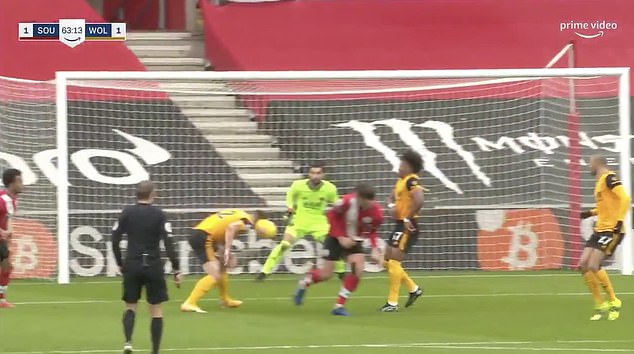 However, Leander Dendoncker was not penalised when the ball hit his arm in the box (above)

‘I think until the penalty they have no goal chance at all. We were the clear dominating team until that moment.

‘When you concede that sort of penalty… yeah. I don’t want to speak about rules but when you say about a rule that a hand doesn’t have to be away from the body, I don’t understand why we don’t get a penalty at the end.

‘Either it’s for both or for nobody. It’s a little bit too much for me to take in the last weeks and I don’t want to discuss about anything else.

‘Don’t tell me this is the rule when it’s not both sides the rule.

‘Sorry but I’ve just seen the scene again (the penalty). I don’t want to discuss anything else. The guys worked hard but we are again hit by a decision we don’t understand.’

While Alan Shearer added on from Hasenhuttl’s remarks, saying: ‘Where do we start. I think it’s what drives players, managers, fans bonkers, and rightly so.

‘You have one which is struck from two yards away at 30 or 40mph and hits the guys hand. 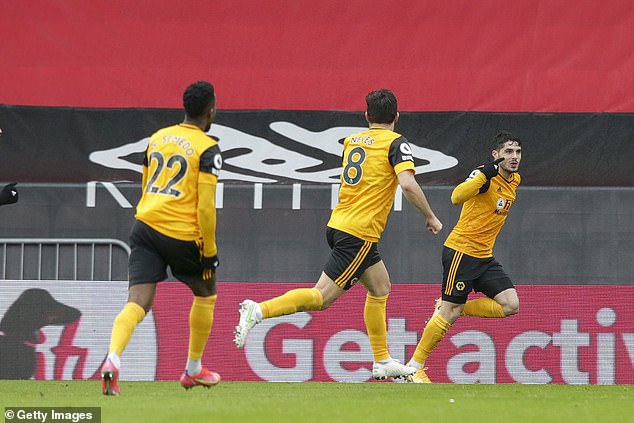 As a result, Pedro Neto (right) went on to score the winner just three minutes later 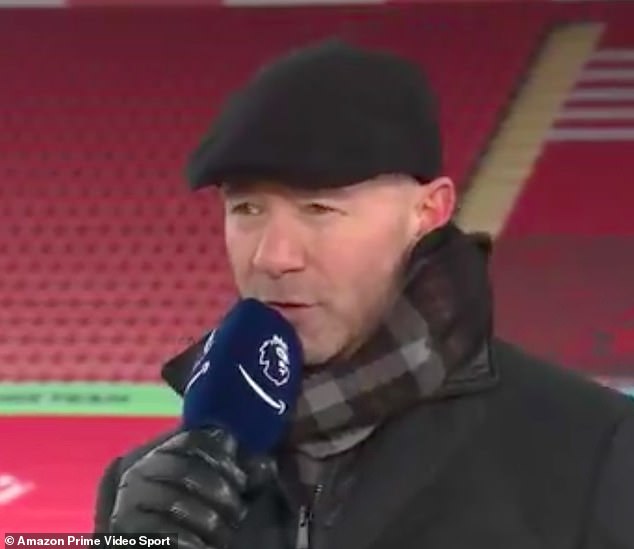 ‘Then the next one is hit from further away at a slower pace and hits the defenders arm.

‘The referee then still don’t think that should be a penalty. That’s what drives everyone mad.

‘If the first one is a penalty, the second one has to be. I don’t want to see either given, to be honest because I don’t think either should be handball.

‘I don’t like the law and I don’t think anyone does, I think it’s for the referees. They don’t know what is and what isn’t.

UAE's Hope probe send back its first image of Mars