Girl, 10, 'desperate to make friends' is rejected by every school in her area 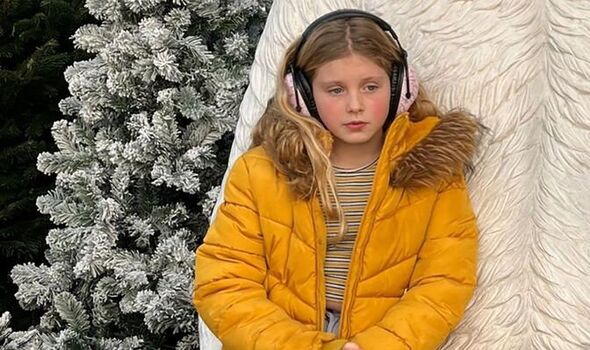 Leyla Gallagher has been bullied and left with low self-esteem due to her situation (Image: Daniella Gallagher)

Leyla Gallagher, who has Autism, ADHD and Pathological Demand Avoidance (PDA), struggles with anxiety when attempting to meet everyday expectations, and so finds mainstream schools difficult. Mum Daniella says mainstream education settings in the Leeds area should have done more to help her daughter.

Daniella, 39, said: “The schools just looked at her as ‘that naughty child’. While she was in mainstream schooling, she was locked in classrooms when she was having meltdowns before she was diagnosed.

“She was running out of school with no shoes on onto main roads when she just 7 years old. Getting her into school was a nightmare. The anxiety was so high, I’d have to peel her off railings. If I was successful I’d get a phone call within half an hour that she’d run out or had a meltdown.

“Even once she joined her new specialist provision in 2020, her anxiety got to the point of being through the roof – at that point it was just impossible. She was trying to escape and abscond all the time.”

Leyla was diagnosed with Autism and ADHD in 2019, and Daniella started looking at alternative places where Leyla could get an education. She found her a place at a partnership school with an “attached provision” to start in January 2020.

In December 2020, Leyla had PDA traits added to her diagnosis by Child and Adolescent Mental Health Services (CAMHS).
Leyla’s time at the new school started off well, but she was affected by lockdowns, and quickly became anxious as before. In June 2021, the school admitted it could not meet her needs.

Leyla and mum Daniella are pictured together (Image: Daniella Gallagher)

That school has now helped organise a six to 12 week placement at an organisation in Knottingley for Leyla to attend temporarily. Currently, Daniella is driving around 25 miles from Horsforth to Knottingley, West Yorkshire, every day to give Leyla an opportunity to find out what education might look like for her.

But that education setting isn’t permanent as a solution.

“Leyla is of an age now where she’s aware she’s different and obviously that has a huge impact on her and her self-esteem. She hasn’t identified how she fits in yet and who she is as a person and tried to copy other people. It’s such a difficult time for her and she isn’t in a school environment where she can work out who she is.”

Leeds City Council and Daniella have been contacting education settings across Leeds to see if they can find a permanent place for her during this school year.

But, so far, every organisation has said no and Daniella estimates Leyla has been rejected by 10 to 12 schools in the local authority area.

One primary school said it could potentially meet Leyla’s needs – but it has no space until 2023, by which point she will nearly have aged out of primary education.

Daniella added: “Leyla doesn’t get chance to experience lots of different peer groups and social interactions. We try to do lots of different activities, climbing, swimming, and more but she ends up stuck with me all the time.

“She’s run away before, she’s been bullied, she’s been hit by people claiming to be her friends, she gets horrible messages. She’s quite an intense person who doesn’t really understand social boundaries all the time and that can make her very vulnerable for being bullied. It’s really hard for her.”

According to Daniella, the reason Leyla has been refused from many alternative education settings is that she is often too academic to fit in with the peer groups.

Daniella also said she has had a “nightmare” time trying to get hold of someone to speak to at the local authority since autumn 2021 to discuss suitable schools. She has since made an official complaint.

Daniella said: “It’s heartbreaking for me. She’s my baby and I want her to be happy. I know she will be amazing at whatever she does when she finds herself,” Daniella said.

“She’s a very strong, resilient, creative young girl and she’s going to do amazing. Leyla changes and educates people all around her because she’s that type of character. She will do amazing once she finds the place she fits in. It’s hard to watch your child struggle so much.

“The gaps in her learning are just growing and growing and that’s becoming more apparent as she gets older. I do worry about her future but I will help her do whatever she needs to do to get her GCSEs, whether she wants to do them later in life. My expectations for her currently are more around focusing on her social and emotional wellbeing.”

A Leeds City Council spokesperson said: “Whilst we are not able to comment on individual cases, the local authority is committed to work in partnership with parents and in the best interests of children. We strive to meet the provision needs of children with SEND and aspirations of parents and we take the concerns of parents seriously.

“PDA is a clinical diagnosis and therefore we are led by our clinical partners in their use of diagnostic terminology. Our statutory processes, consultation with specialist and mainstream settings and provision offer is not restricted by a diagnostic framework.

“We endeavour to work restoratively with all families to ensure children with SEND meet their aspirations and outcomes.”

Previous articlePutin's feeble grip on Europe wavering – expert pinpoints two moves to take out dictator
Next article9 dead, including 6 students and a coach, in crash involving University of the Southwest golf teams

The Russian army is frantically trying to replenish...
AMED POST