‘We have this story behind us, it will always be with us’: Pep Guardiola insists criticism over Manchester City’s financial backing will always persist so long as his side are successful… but insists it has forever been the same at all dominant clubs

By Jack Gaughan for MailOnline

Pep Guardiola hailed the backing given to him by Manchester City’s board before insisting that the finances afforded to building his record-breakers is similar to rival clubs.

City’s manager has often referenced money being a driving force behind their success – occasionally seriously, sometimes flippantly – and circled back to the topic on Friday.

Guardiola believes that criticism of the club’s spending will persist and likened their domestic dominance to previous Manchester United, AC Milan and Celtic teams. 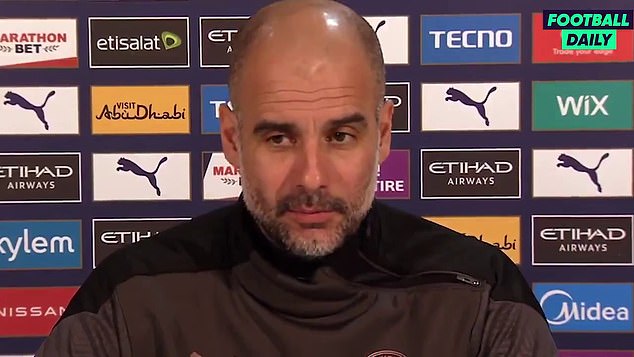 ‘We have this story behind us,’ Guardiola said. ‘It will always be with us. It’s not just one journalist, many say it’s the reason, so we accept it. We have to live with it, it’s the same, we have an incredibly strong organisation in all departments.

‘Barcelona, Bayern Munich, United, Milan, Rangers, Celtic win titles as they have more money. To be there you have to spend, when United won and won it was because they spent more money.

‘The same with Barcelona and Real Madrid, I don’t feel we are much different to the top elite clubs but we have to accept it and do the best job we can.

‘You can’t do it with average players. When the people around the world say the only reason is this, we accept it and try to do [more] in the club. They [the players] are machines, that’s why it [the club] is top, they want more.’ 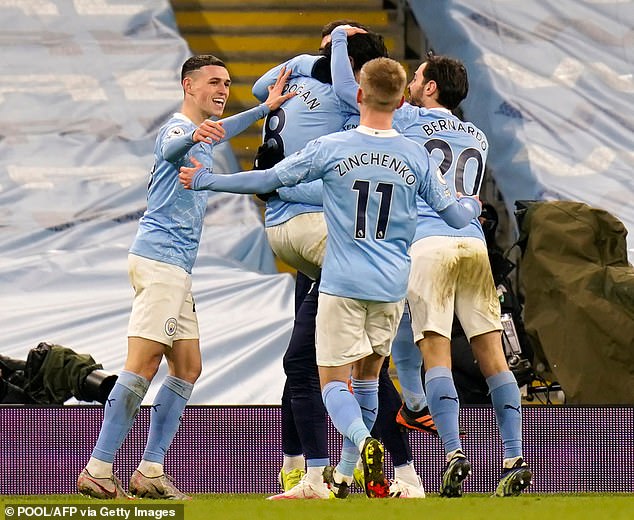 City are enjoying another stellar campaign, and are ten points clear at the top of the table

Guardiola’s passion in front of the cameras has ramped up over the past six weeks and he faces a fellow manager of the year candidate in David Moyes on Saturday. The City boss appeared envious of his West Ham counterpart’s ability to remain calm.

‘Their season speaks for itself, the way he understands football, he has a lot of experience,’ Guardiola added.

‘I dreamed of arriving here with everything calm like Carlo Ancelotti. They are [both] like a calm… Buddha life, in good and bad moments. Tomorrow will be a really tight game as all the big clubs have suffered against them and they are a good team. 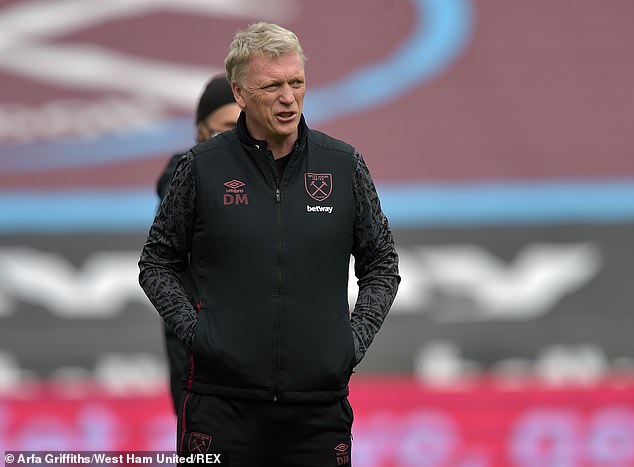 ‘I don’t know how many games we’ve played but they are in [a] Champions League position, not just a good run for one month. It’s over many months, their rhythm has improved.

‘They have fantastic players, [Declan] Rice, [Michail] Antonio is a headache and he’s dangerous. David Moyes, I admire him, like Roy Hodgson, [they have] incredible long careers and passion to be manager to do the job.

‘My first game in the Premier League against Sunderland, he was the manager. He was so kind, gave me some advice. I have friends who are big supporters of West Ham – come on you Irons – so we’ll see what happens tomorrow.’

Profits fall at RSA Insurance as it prepares to be sold