And the honeymoon still isn’t over for the newlyweds, who enjoyed a private island getaway off the coast of Tasmania over the weekend.

The couple checked into the $2,200-a-night Satellite Island resort, in the D’Entrecasteaux Channel between Bruny Island and the Tasmanian mainland. 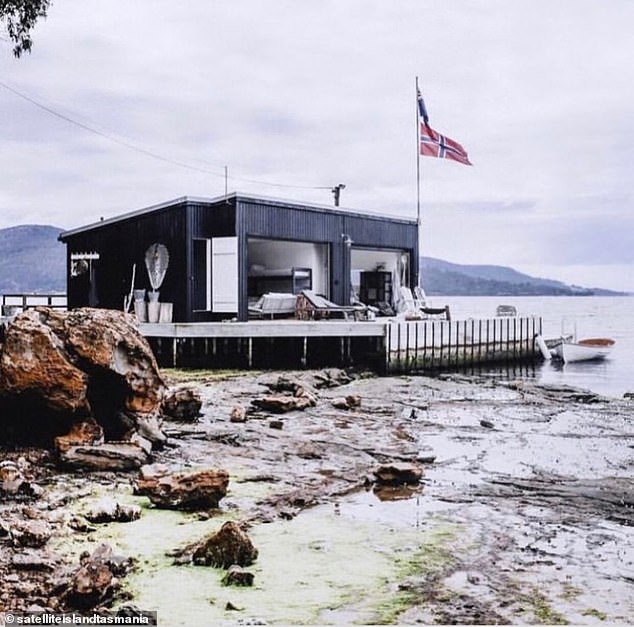 Romantic: The newlyweds checked into the $2,200-a-night Satellite Island resort, in the D’Entrecasteaux Channel between Bruny Island and the Tasmanian mainland

Sam, 44, shared a number of holiday snaps on Instagram, including one photo of the island’s rustic boathouse.

Sam also posted a picture from the luxurious bedroom, which boasts picturesque water and mountain views.

The exclusive island, which has become a celebrity hotspot since international travel was banned, is privately owned and available to rent. 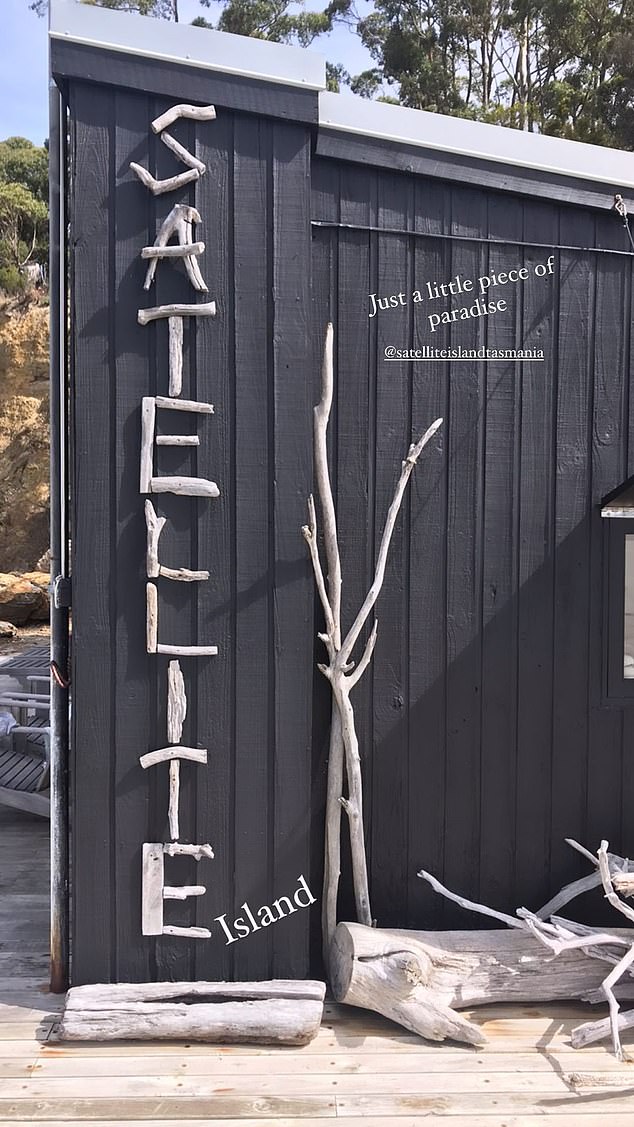 Glamorous getaway: Sam, 44, shared a number of holiday snaps on Instagram, including this photo of the island’s rustic boathouse

According to its website, the island offers an endless supply of wild oysters, in addition to a kitchen garden, orchard and fishing equipment.

The Lavenders wouldn’t have been short of activities, as kayaks, snorkels, stand-up paddle boards, yoga mats, flippers and board games are all available.

Sam gushed over the destination on Instagram, describing it as  ‘just a little piece of paradise’ in one post. 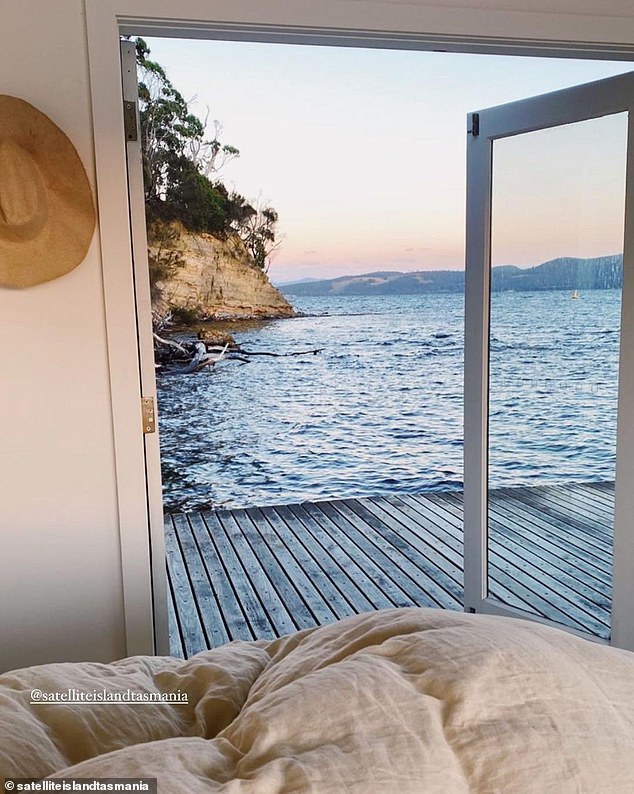 What a view! The exclusive Island, which has fast become an A-list haunt due to the international travel being halted, is available to rent by local celebs 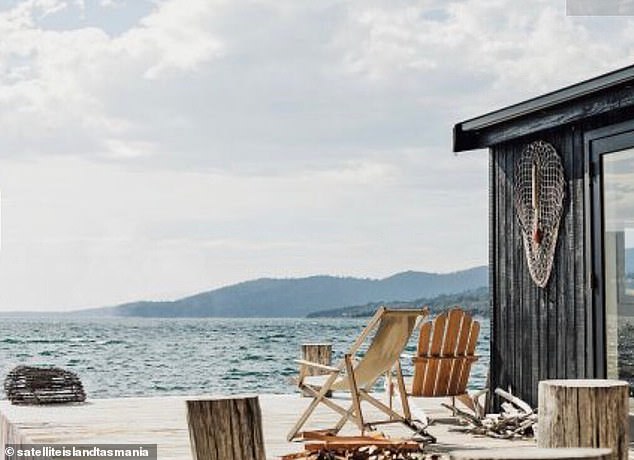 The great outdoors! According to its website, the Island offers all of the gourmet essentials including an endless supply of wild oysters, kitchen garden, orchard, and fishing equipment

‘What a happy happy weekend. Thank you, Satellite Island Tasmania,’ she wrote alongside a loved-up snap of herself with Richard. 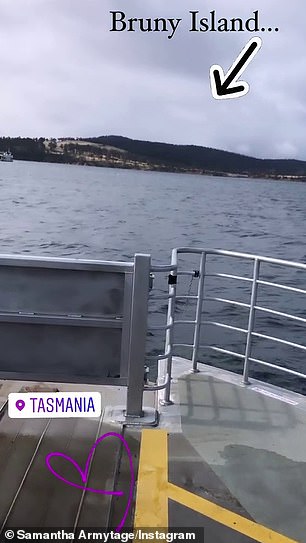 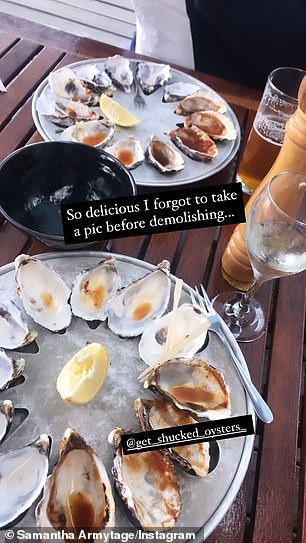 Island escape: The 40-year-old shared glimpses of trip to the Apple Isle on Saturday, starting with a short video of a barge transporting the couple’s car from Tasmania to Bruny Island

‘What a happy happy weekend..Thank you Satellite Island Tasmania,’ she wrote.

The owners provide boat transport to and from the island, in addition to a 24-hour seafaring concierge is available. 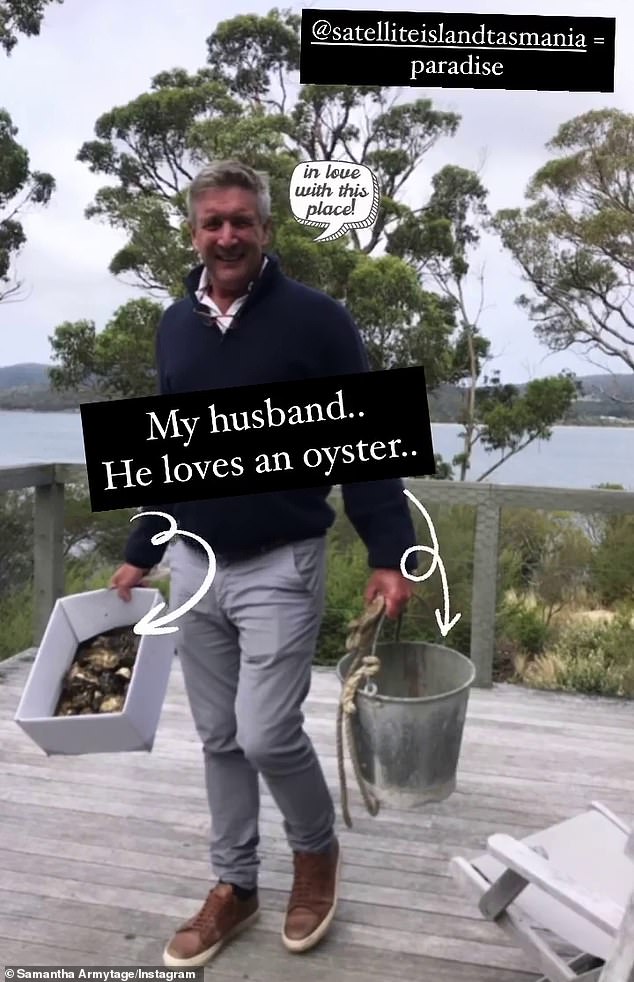 Holiday mode: The Sunrise host followed that with a photo of her beau carrying a box oysters and bucket, which she captioned: ‘My husband… loves an oyster’ 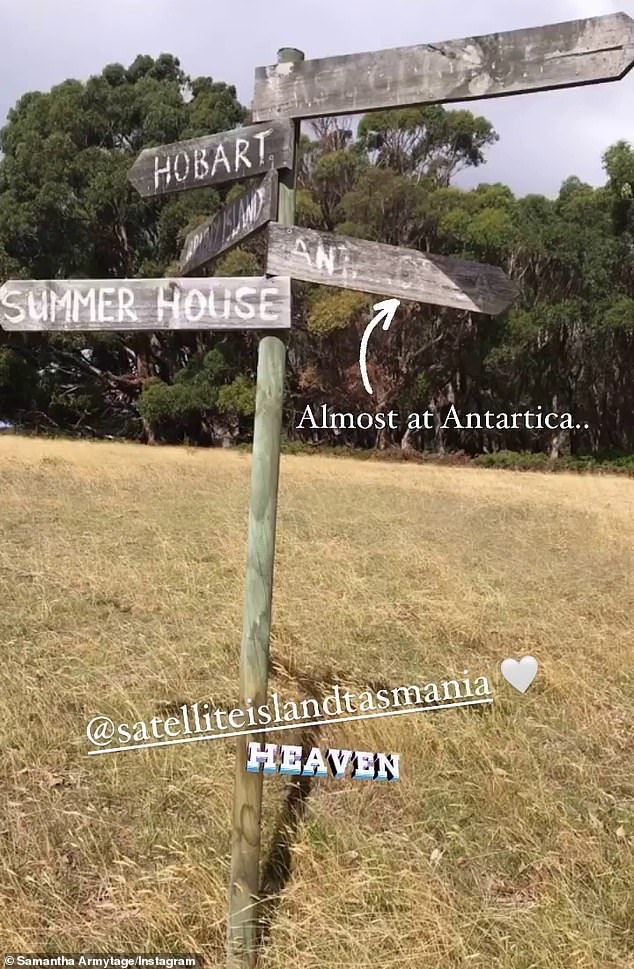 Almost there: Samantha shared a photo of road signs pointing out to different locations and the direction of Antarctica, during what appeared to be the couple’s stroll around the island 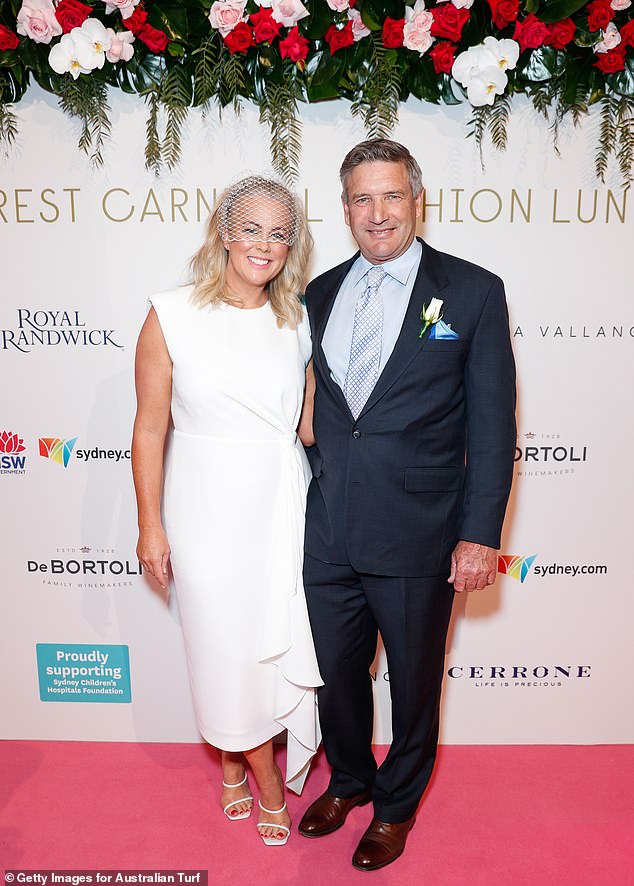