By Lawrence Booth for MailOnline

Joe Root said he was ‘bitterly disappointed’ after England crashed to a 10-wicket defeat by India in a little over five sessions – the shortest completed Test match since 1935.

Seventeen wickets fell on a frantic day in Ahmedabad, which began with Root taking an incredible five for eight as India collapsed to 145. But his team were then skittled for 81, handing the hosts a 2-1 lead ahead of next week’s final Test. The result means England can no longer reach the final of the World Test Championship in June.

And while Root admitted they had been outplayed, he also said a big crowd had been robbed of the chance to watch some of the best fast bowlers in the world on a difficult pitch where 28 of the 30 wickets fell to spin. 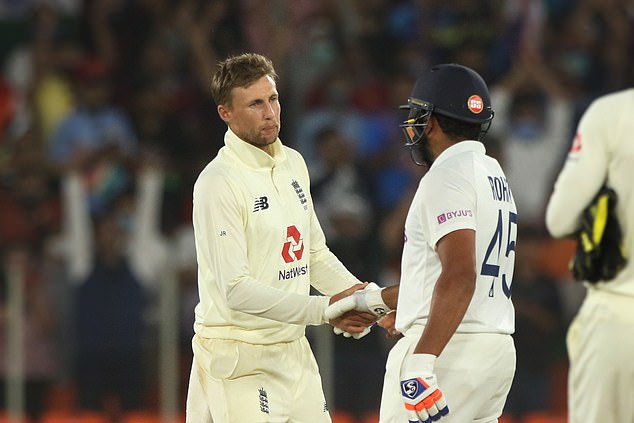 ‘It’s a real shame because it’s a fantastic stadium, 40,000 people have come to watch a brilliant, iconic Test match and I feel for them,’ he said. ‘They came to watch Virat Kohli face Jimmy Anderson, Stuart Broad and Jack Leach, and Ravichandran Ashwin against our top batsmen like Ben Stokes.

‘You look at Ishant Sharma playing his 100th game: he’s bowled a minimal amount of overs. Or Jasprit Bumrah. You’re looking at some of the best bowlers in the world. I almost feel like the fans have been robbed.

‘Instead they had to watch me get wickets on there, which shouldn’t be the case. That’s a frustration for a lot of people. 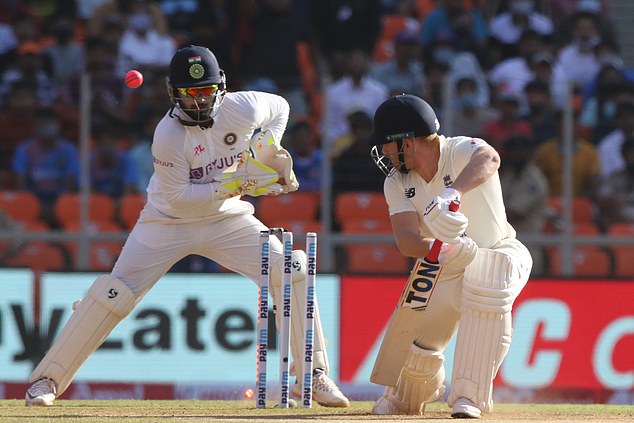 ‘Every now and then you expect to deal with a surface that is quite challenging. Whether it’s fit for purpose is more a question for the ICC than a player. As players, you want to compete against the best in whatever conditions they are. But there’s got to be a contest there.’

England are determined not to look like whingers after two Tests in which India’s slow bowlers have dismantled them for totals of 134, 164, 112 and 81. And Root insisted that he didn’t want to see England’s Test venues serve up greentops this summer by way of revenge when India visit for a five-match series.

But he did single out the difficulty of facing the pink ball, which skidded on and helped explain why 20 of the game’s 30 dismissals were either bowled or lbw.

‘The plastic coating, and the hardness of the seam compared to the red SG, meant it almost gathered pace off the wicket if it hit the shiny side and not the seam,’ he said. ‘A lot of those wickets were due to being done for pace beaten on the inside. I think my five-for sums up the wicket.’ 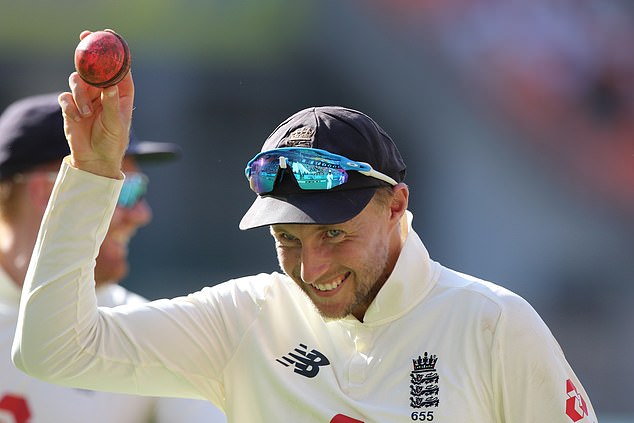 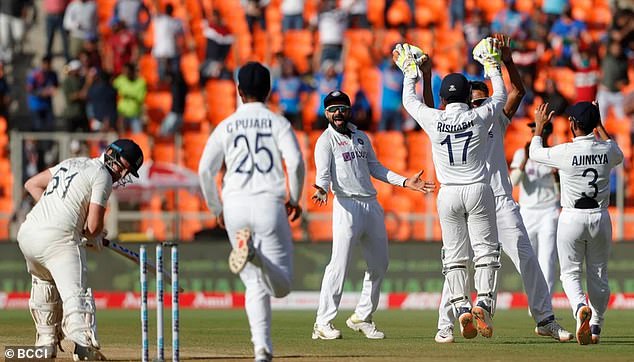 India’s captain Virat Kohli had a more straightforward explanation for a result that leaves his side needing only to draw the fourth Test to qualify for the final.

‘I don’t think the quality of batting was at all up to standard from both teams, to be honest,’ he said. ‘The ball was coming on nicely on the first day, and the odd ball was turning. It was bizarre that out of 30 wickets, so many were to straight balls. It was down to lapse of concentration, or playing for turn and beating on the inside.’

Root added: ‘This shouldn’t define us as a team, and one defeat will not change us overnight. We have to accept it, move forward, and get better.’