By Jack Gaughan for the Daily Mail

Stones had never found the net in the Premier League since joining City in 2016, until Sunday’s double during the four-goal rout of Crystal Palace.

Victory hauled City just two points behind neighbours and leaders Manchester United with a game in hand as Pep Guardiola hunts for a third Premier League crown in charge. 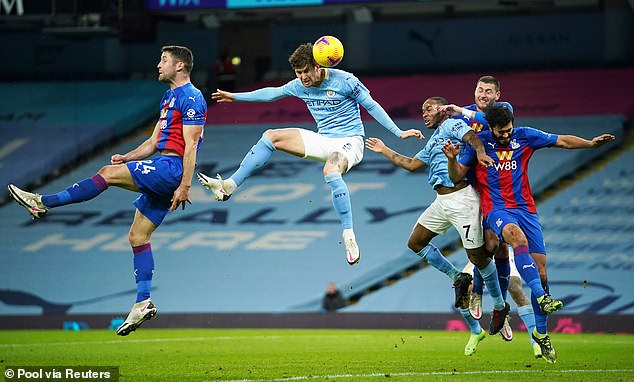 Stones headed his first after De Bruyne’s stunning cross, the Belgian’s 100th assist since arriving the club, before the floodgates opened in the second half.

The England defender said: ‘Kevin has done that over the years he has been here, some outrageous passes where you think ‘I don’t know how he’s done that’.

‘It came straight to me — it’s something we can only dream of and he can do it when he wants. I put pressure on myself to score goals, I need to contribute and bring that to my game.’ 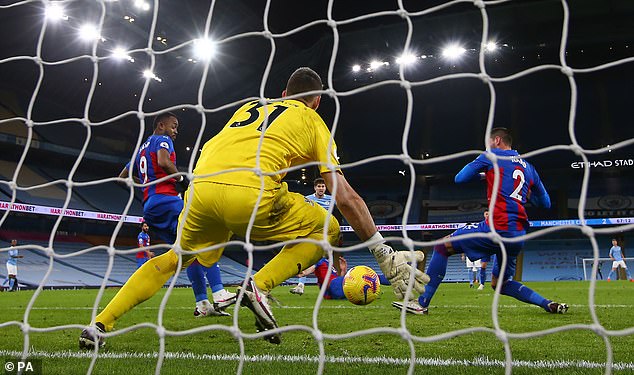 City’s defensive improvement with Stones and Ruben Dias has been the biggest contributing factor to the club’s upturn in fortunes. The pair have conceded just one goal in 10 matches when starting alongside each other in all competitions.

‘If we can keep clean sheets we don’t have to come out and score four goals every week,’ Stones added. ‘The whole team deserve credit for how they press and stop attacks coming (through) to us.

‘Ruben has been great, he deserves a lot of credit since he’s come in and he’s adapted well to the Premier League. 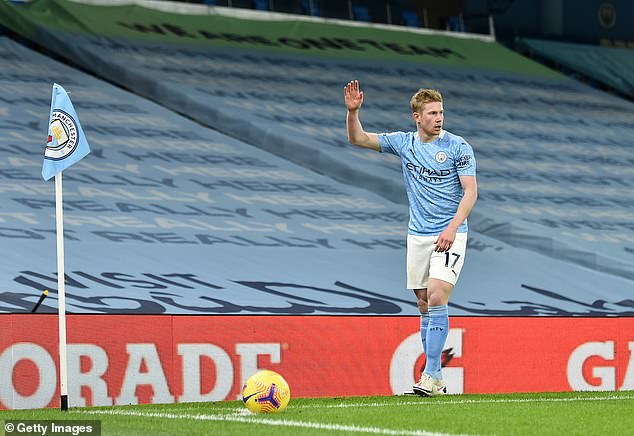 ‘It’s been great for me to play alongside him, he’s so easy to get on with on and off the pitch. It’s just clicked. When it happens like that you enjoy your football and I’m definitely enjoying it with him.

‘We know our capabilities and everyone from the outside does as well, our mentality is one step at a time and how we can affect the game in front of us.

‘Today was another step closer to what we want to achieve which is the Premier League title back.’ 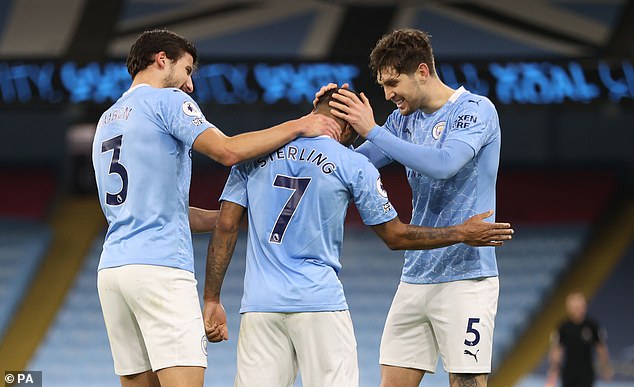 Next tipped as 'frontrunner' in race to buy Topshop

'Rudy wants $2m to get you a pardon.' Report reveals was said during boozey meeting at Trump hotel

Paulo Costa admits he was DRUNK during humiliating UFC 253 defeat