Next Prime Minister: Who could replace Boris Johnson if he loses no confidence vote

Tory MPs will at 8pm tonight vote in a secret ballot on whether to replace Mr Johnson as party leader. At least 180 will need to vote against him in order to oust him from the top job.

Tory rebels from across all wings of the party have been plotting for weeks against Mr Johnson.

However, with dissatisfaction in his leadership coming from so many factions, there is no unity behind any one potential candidate to replace the incumbent.

It means if a leadership contest is held in the weeks to come, a range of candidates are likely to put their names forward.

Express.co.uk has been looking at the most likely contenders. 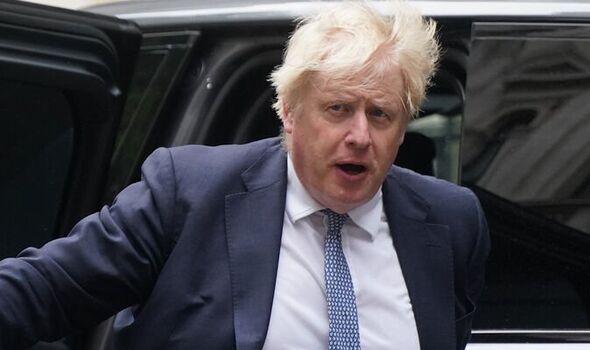 Boris Johnson is facing a no confidence vote (Image: PA)

The Chancellor of the Exchequer has been heavily tipped for months to be planning a run at the top job.

His ambitions to become Prime Minister have barely been concealed.

At one point he was seen as the favourite to replace Mr Johnson.

However, with the country facing a cost of living crisis, putting in place the man who has overseen the Government’s economic response might be a hard sell to the British public.

Rishi Sunak had been seen as a frontrunner (Image: PA)

The social media savvy Foreign Secretary has been accused of laying her cards on the table since early in 2021.

She became a favourite of the Tory grassroots as International Trade Secretary, signing huge swathes of post-Brexit trade deals in the role.

Since taking on the foreign brief she has also continued to talk tough on standing up to the EU in the row over the Northern Ireland Protocol.

That said, a Remainer in the 2016 referendum, some Brexiteer Conservative MPs still do not feel they can trust her.

Liz Truss has stood firm on Brexit despite being a Remainer (Image: PA)

One to watch out for, the current trade minister is popular among her colleagues.

A Brexiteer and a free-market Conservative, she appears to have many of the values the Tory faithful want in a leader.

Her low profile and junior role also mean she is less tainted with being attached to Mr Johnson.

That lack of profile could also be her downfall, however.

Penny Mordaunt is a favourite among colleagues (Image: PA)

The candidate at the last Conservative leadership election has been gearing up for a leadership run in recent weeks.

He has been touring the television studios non-stop outlining exactly what he believes should be the priority for the Prime Minister – while repeatedly claiming not to be thinking about himself in charge.

His weak stance on tackling the EU in Brexit negotiations in 2019 will likely hold him back.

Many Red Wall Tory MPs also fear he will fail to connect with their constituents.

A backbencher who has never held ministerial office, Tom Tugendhat has been open about planning to run in the next leadership vote.

An army veteran and chair of the House of Commons foreign affairs select committee, he is respected across Parliament.

But his lack of experience means he is unproven.

It will take a convincing leadership campaign to persuade Tory MPs and members he has what it takes to be a leader.

Brexit hardman Steve Baker has been a vocal critic of Mr Johnson’s strategy on both Covid and the economy.

He is in the process of setting up his new Conservative Way Forward group to help promote free-market policies.

During the EU referendum he proved himself successful at whipping MPs to influence debates, a skill that would be incredibly helpful in planning for a leadership vote.

But, he is also seen as divisive within the party and unlikely to be able to build a coalition of supporters.

Wimbledon chiefs have hit out at players for...

Wimbledon chiefs have hit out at players for...