The 23-year-old quit Stamford Bridge on a temporary deal to the Serie A title challengers in the January transfer window after being exiled by then-Blues boss Frank Lampard.

But Tomori has enjoyed a run of games for new club Milan, the latest appearance coming in Sunday’s 2-1 victory over fellow high-flyers Roma – and Maldini confirmed the Rossoneri will negotiate a permanent deal with the Blues. 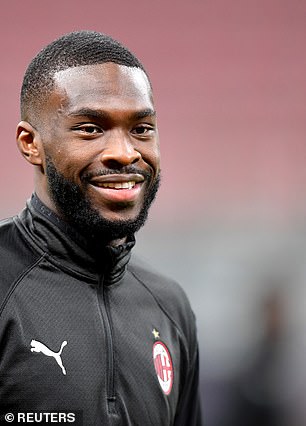 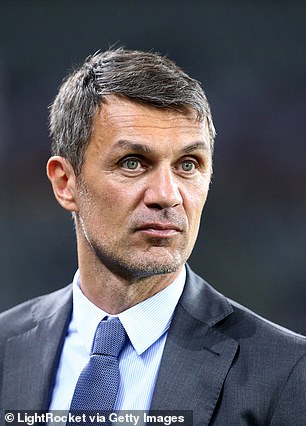 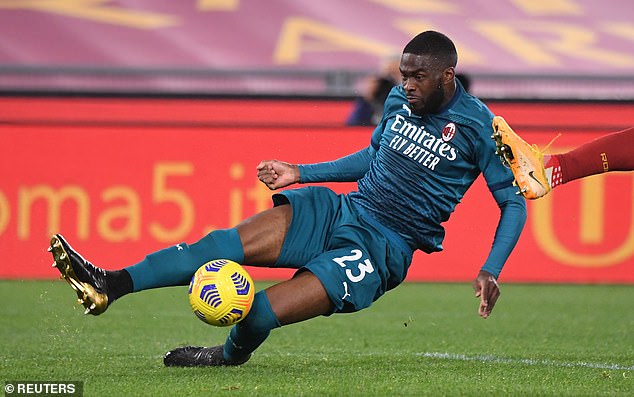 Speaking before the Roma clash, Maldini told Sky Sports Italia: ‘Tomori is a good talent and we have a buy-option clause.

‘The price is very high. AC Milan will decide at the end of this season and we will discuss it with Chelsea’s board.’

Tomori made just four appearances for Chelsea this season before leaving to join Milan on loan – including just 45 minutes of Premier League football while the centre-back failed to come off the bench in any of the Blues’ six Champions League group games. 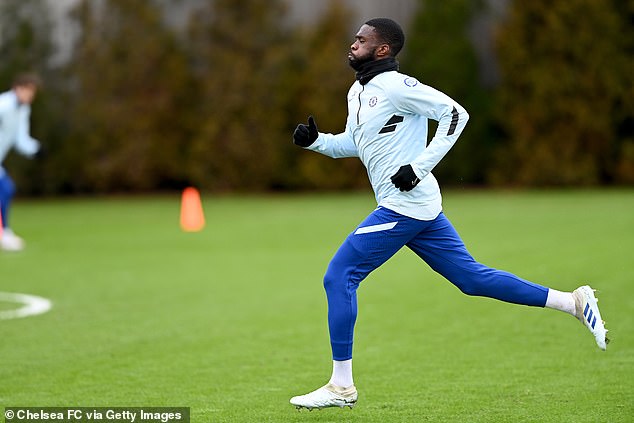 The exile by Lampard, who was sacked as Chelsea boss just four days after Tomori completed his transfer to Milan, was unforeseen given the defender played 22 times under Lampard in a breakout season at Stamford Bridge.

Tomori has featured in all but two of Milan’s fixtures since moving to the San Siro on January 22 and featured in every minute of the club’s Europa League last-32 tie victory over Red Star Belgrade.

Tomori confirmed shortly after his move that he was frustrated with his situation under Lampard at Chelsea and pledged his allegiance to Milan until at least the end of his loan move. 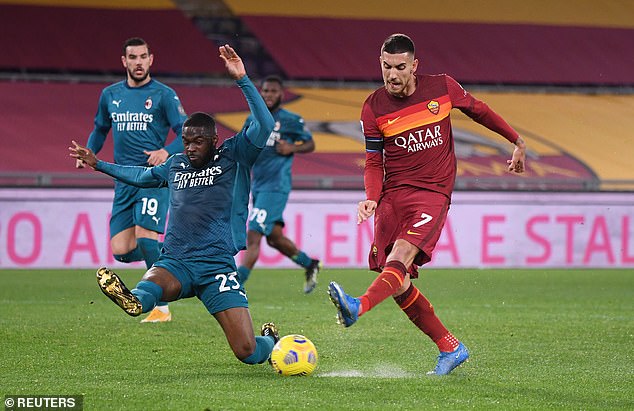 The defender told The Telegraph: ‘2020, football-wise, was very, very difficult, especially after the way 2019 had gone for me playing games.

‘From being at 100 to literally going down to zero and then not knowing the reason why it had gone to zero, it was very challenging.

‘I’m not saying I’m never going to be at Chelsea again. But at this time I’m not a Chelsea player, I’m at Milan and I have to be focused on here.’