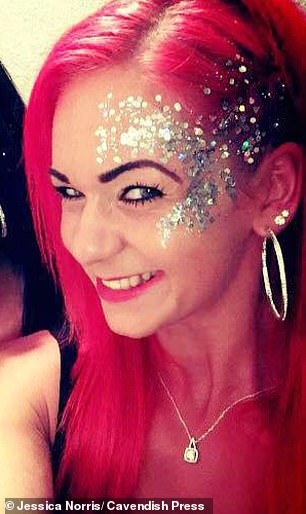 Jessica Norris, 27, from Bolton, had battled depression since she was teenager

One of Britain’s top pole dancers killed herself after being prevented from competing during the coronavirus lockdown, an inquest has heard.

Two time winner of Miss Pole Dance UK Jessica Norris, from Bolton, Greater Manchester, had battled depression since she was a teenager but her mental state deteriorated when the UK lockdown meant she could no longer go to the gym.

Police said that the fitness instructor, 27, had searched online how to self harm before she was found hanged in her bedroom on June 15 last year.

Miss Norris had left a note for her grandmother that read: ‘I love you so much Nan, and I am grateful for what you have done for me.

‘But I can’t deal with what is going on with my head anymore.’

Her mother Alanna Norris, who lives in France, said: ‘Jess led a life of structure, and struggled when lockdown meant that she could not teach or take part in pole dancing competitions.’

The hearing at Bolton Coroner’s Court was told that Miss Norris had qualified as a fitness instructor in 2010 before entering competitions and teaching pole fitness to clients. 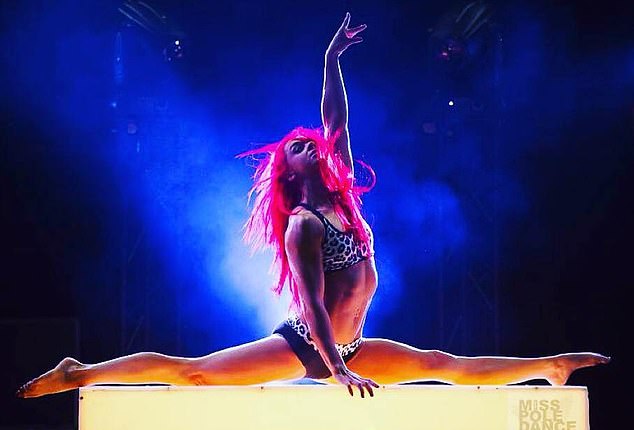 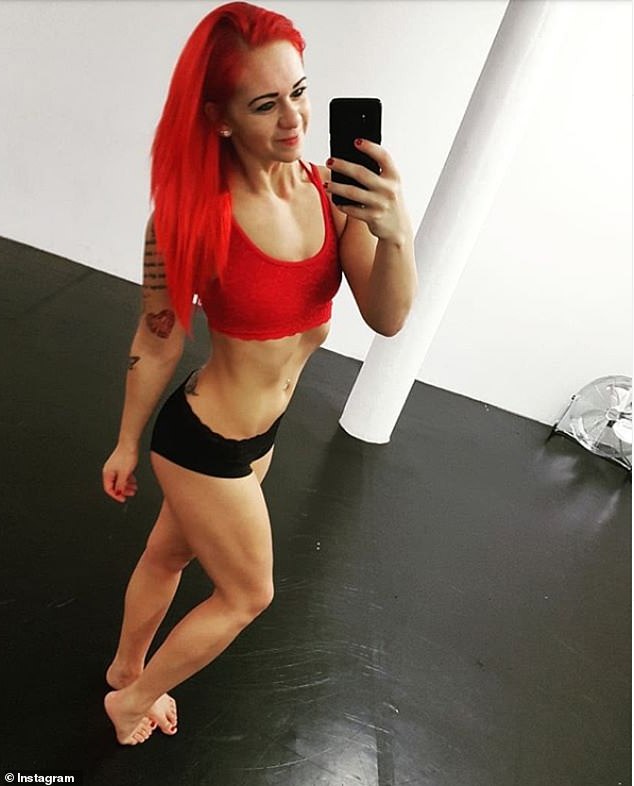 Miss Norris had been living with friend Brian Crompton since lockdown started in March 2020 as well as working in a bar to help her finances.

Mr Crompton left for work on the morning of her death but got no reply when he texted her later that day to ask how she was, Bolton Coroner’s Court was told on Monday.

Mr Crompton forced his way into the room but efforts to revive Miss Norris were in vain.

Jessica’s GP, Dr Imran Salun, said that she was prescribed sertraline as an anti-depressant but there was no evidence of drugs or alcohol in her system at the time of death.

Detective Inspector Andrew Naismith, of Greater Manchester Police, said that the flat was secure and there was no signs of disturbance.

Police coroners officer Stefan Wilson confirmed that her internet search history revealed that, in the days leading to her death, she had researched methods of self harm. 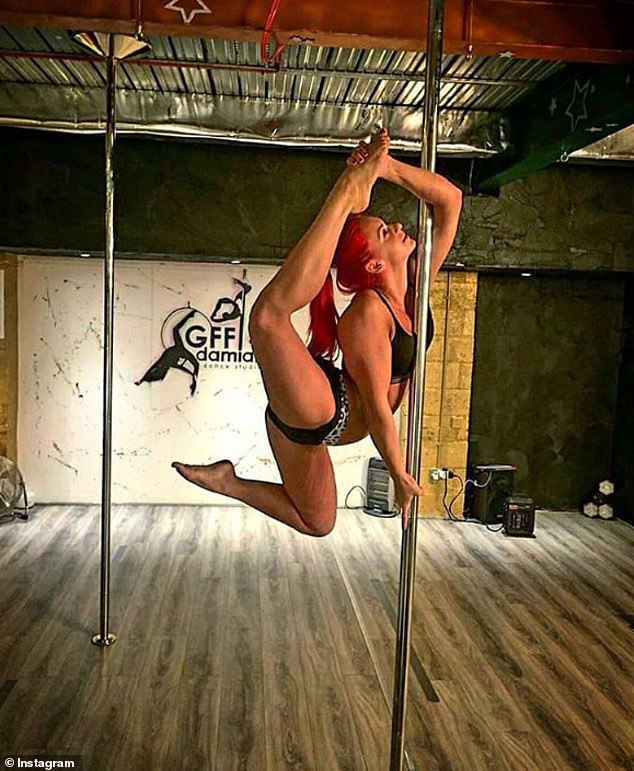 Police said that the fitness instructor, 27, had searched online how to self harm before she was found hanged in her bedroom on June 15 last year

‘The records showed that she had three calls with a Leanne O’Rourke shortly before her death.

‘They discussed a walk with her dogs and o the third call, there was an indication of how she was feeling.

‘She said “I’ll see you soon” but her voice was lower, and she did not seem upbeat.

‘An examination of her mobile phone’s search history showed that she had researched methods of suicide.’

Recording a conclusion of suicide, coroner Alan Walsh said: ‘Jessica was obviously very good at her chosen profession because she had been a teacher.

‘She excelled in competitions and became UK champion twice, in 2011 and 2015. She had made plans to teach in France.

In a statement her mother Mrs Norris had said her daughter had been planning to join her abroad and teach pole fitness which would be a ‘new, fresh start’.

‘She would be travelling around and teaching but she then became affected by the lockdown,’ said Mrs Norris.

‘She already had problems with her mental health and suffered from depression which started when she was a teenager. But the last few years had been a struggle for Jess.

‘She had talked about it sometimes and did try to get help, but she did not stick to the help and attention that she was given.

‘She gave the impression of being very professional as an instructor and was very successful, but she suffered from depression.

‘Jess liked a very structured life, and the lockdown had stopped that side of her life.

‘At the start of the lockdown, she had also started a new job in a bar to supplement her work as a fitness instructor. But then that stopped too.

‘She was very close to her grandmother who she called “Nan”.

‘The last time her Nan saw her was on June 12, 2020 and she seemed fine and happy then. She was full of life around the fitness studio, with her friends and students.

‘But her depression hit her hard when they weren’t there in the evenings due to the lockdown.’

Following the news of her death, tributes poured in from hundreds of friends and fellow dancers.

Kay Penney, the found of Miss Pole Dance UK, described Miss Norris in a post shared on the competition’s Facebook page as a ‘national treasure’.

She said: ‘Thank you for your contribution and as a true ambassador for the aerial arts, touching so many lives, hearts and souls, lifting many of us with your entertaining, unforgettable and mesmerising routines.

‘Thank you for your unquestionable dedication and sharing your talent through many classes, masterclasses, camps, events and competitions.

‘You shone like a beacon of hope on so many stages and your legacy will live on forever in the history of pole and personally as my pole daughter, who constantly showed your gratitude over the years and during your reign as double female singles champion.’

Lee Hill, founder and former owner of Bodytorq Fitness in Westhoughton, worked with Miss Norris in 2014.

He said: ‘She was a really bubbly person and she was so passionate about her work.’

Man rides snowbike off edge of cliff before parachuting to safety

More than 20MILLION have now received their first Covid jab