POLL: Should UK do oil deal with Saudi Arabia rather than using North Sea reserves?

On Wednesday morning, UK Prime Minister Boris Johnson arrived in Abu Dhabi where he will lobby the United Arab Emirates and Saudi Arabia to increase oil production and attempt to secure major investment in green energy, saying the world needed to “wean itself off” Russian oil and gas.  But the Prime Minister is facing fierce criticism over the move due to the Saudi government’s human rights record and involvement in the war in Yemen.

But human rights organisations have said the regime doesn’t allow for fair trials, and UK MPs registered their concern in the House of Commons this week.

Crispin Blunt, a backbench Conservative MP, said the massacre represented “a new low for human rights and criminal justice in the kingdom, only a week after the crown prince had promised to modernise its justice system.”

And an official spokesperson for Mr Johnson said: “The UK is firmly opposed to the death penalty in all circumstances, in every country, as a matter of principle, and we routinely raise human rights issues with other countries including Saudi Arabia and will be raising Saturday’s executions with the government in Riyadh.” 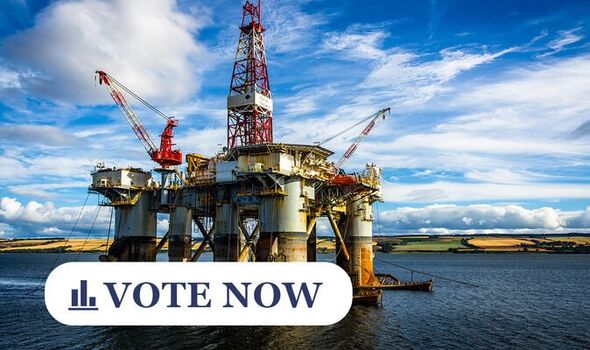 When asked whether the UK would like to see the Saudis increase oil production, the Prime Minister’s spokesman said: “We will be speaking to the Saudis about a range of issues, not just energy supply.

“Diversifying our energy supply is important, as is boosting renewable energy. There are no quick fixes but we do want to reduce the volatility and bring prices down.”

There are also human rights fears over Saudi Arabia’s role in the Yemen war, with the United Nations and international aid groups estimating some 161,000 people in the war-ravaged country are facing famine this year alone.

Tory chair of the Commons intelligence and security committee, Julian Lewis, called for the UK Government to ensure that replacing Russian resources with those from Saudi Arabia did not create a “dependency on another unreliable and sometimes hostile regime.”

He said: “You know, whether people like it or not, Saudi Arabia is the world’s largest producer of crude oil and it’s important, especially at the time of a major global energy crisis, that we have these talks with them.”

And Lib Dem home affairs spokesperson Alistair Carmichael said: “If the Prime Minister goes…to Saudi Arabia, we will be sending a very clear signal that we are not that bothered about this kind of thing.”

Labour’s Nadia Whittom also called for Mr Johnson to cancel the visit and end the sales of arms, saying that since the start of the war in Yemen the UK had licensed £2billion in arms sales to Saudi Arabia.

Meanwhile, Green MP, Caroline Lucas, said the Government must see the “contradiction” of replacing Russian oil to go “cap in hand to another murderous tyrant who executes his own people”.

Russia is the world’s largest oil exporter and second-largest crude oil seller after Saudi Arabia, but the ongoing invasion of Ukraine has forced a sharp increase in energy costs as Europe tries to decrease its dependence on Russian oil and gas.

Mr Johnson has promised to unveil a new “energy strategy” later this month to ensure the UK’s energy security.

Last week, the UK Government announced it would phase out Russian oil which brought speculation over whether reserves in the British North Sea – particularly the Cambo oil field, located 25km west of the Shetland islands – should be exploited.

Despite previous approval by the UK Government, drilling of the largely untapped reserve – first discovered in 2002 – has been opposed by Scottish First Minister Nicola Sturgeon.

During the COP26 conference, president Alok Sharma rejected the use of more North Sea reserves, but critics say this supply could help secure the UK’s energy security.

Earlier this week, the Prime Minister hosted leaders of the UK’s offshore oil and gas industry, to discuss the UK’s energy security and investment in the North Sea.

So what do YOU think? Should the UK seek oil supplies from Saudi Arabia rather than tapping into North Sea reserves? Vote in our poll and leave your thoughts in the comment section below.

Previous article'Can't wait!' The Repair Shop's Will Kirk teases move away from hit show with BBC co-star
Next articleChris Packham horrifies fans with photo of 'firebomb attack' on home as he calls for help

UK hotel review: The Inspector calls at Hambleton Hall in Rutland, where prices are 'absurd'

The Russians have been met with courageous and...

UK hotel review: The Inspector calls at Hambleton Hall in Rutland, where prices are 'absurd'

The Russians have been met with courageous and...