Southampton boss Ralph Hasenhuttl left distraught after his second 9-0 defeat in the space of 16 months: ‘It is horrible but we stood up after the first and we have to do that again’

By Ben Miller For Mailonline

Shellshocked Southampton boss Ralph Hasenhuttl admitted his side’s thrashing at Manchester United had been ‘horrible’ and backed his players to recover again after their second 9-0 Premier League drubbing in two seasons.

Debutant Alexandre Jankewitz’s red card for a horror tackle after two minutes sparked a Saints surrender that ended in the same scoreline as their defeat against Leicester in October 2019.

Hassenhuttl told BBC Sport: ‘What can I say? It is horrible but we stood up after the first 9-0 and we have to do that again. 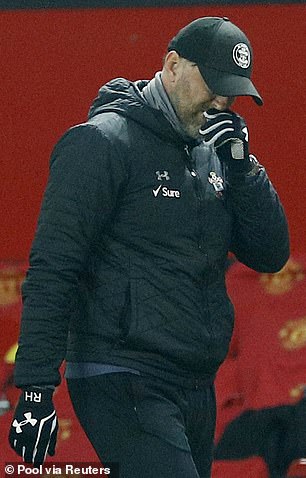 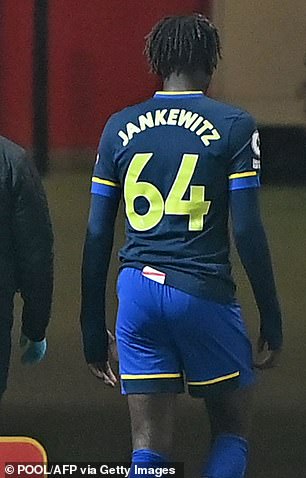 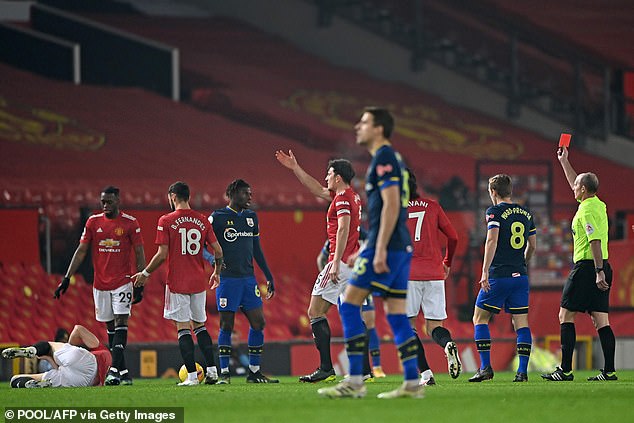 ‘I said at the time we do not need it again but, when we have it again, you have to take it.

‘When you come here with two goalkeepers on the bench, I wanted to give a few young lads [the chance] to show up.

‘When I saw what was going on, it is better to take them out because 9-0 on a debut is not a good score to have.’

Jan Bednarek, who scored an own goal as the visitors ended the first half 4-0 down, was sent off four minutes from time after conceding a penalty for a foul on Anthony Martial. 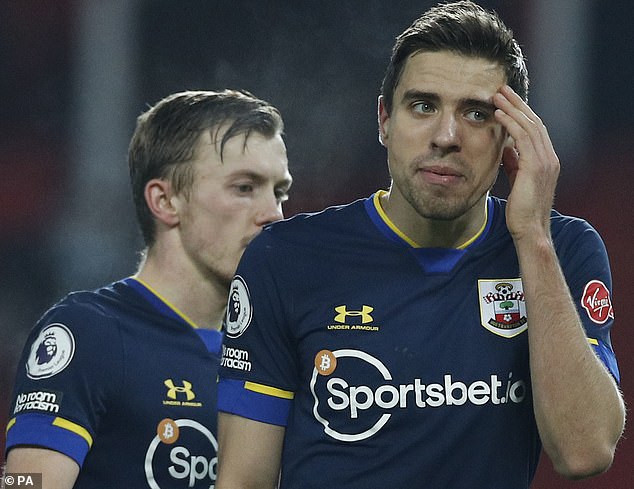 Hasenhuttl said: ‘Jan Bednarek does not kill him but I do not want to speak about the referee.

‘Last week he was our VAR and made his mark in the game. It was a stupid foul from the young lad and kills everything.’

The mauling was depleted Southampton’s fourth consecutive Premier League defeat, leaving them with only one league win in 2021.

Hasenhuttl admitted to BT Sport: ‘It’s already tough to compete here without going a man down. With all the players we are missing at the moment, it’s even more tough.

‘We tried to keep the clean sheet in the second half as long as possible but… yeah, it was tough to defend.

‘We stood up after the first [9-0 defeat] and we will also stand up after this one. It’s okay.

‘We have to recover, we’ve played a very good season so far. No one expected such an evening would come today.

‘There were no signs, that doesn’t reflect what we’ve done so far this season. ‘It’s hard to explain what’s going on in our minds, but we have to live with this again.’ 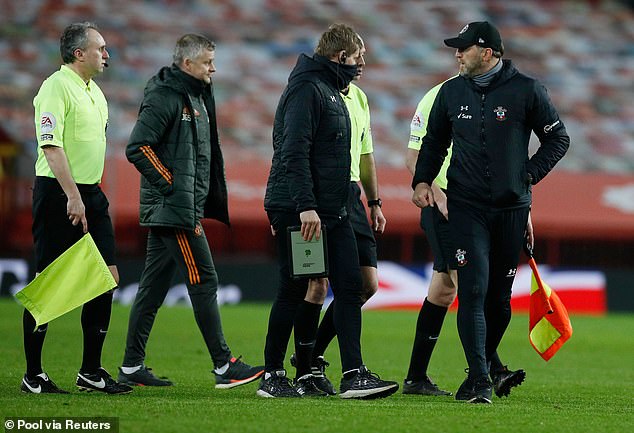