Ashtead Group has hailed record annual results thanks to exceptionally healthy growth in the US, particularly within its specialty businesses.

The London-based company, which rents out industrial supplies such as cranes, excavators and scaffolding, revealed revenues jumped by around a fifth to $7.96billion in the 12 months ending April.

Sales in its UK division rose 11 per cent from the previous year to £403million due to contracts from the Department of Health to provide equipment like traffic cones and portable generators to Covid-19 testing sites. 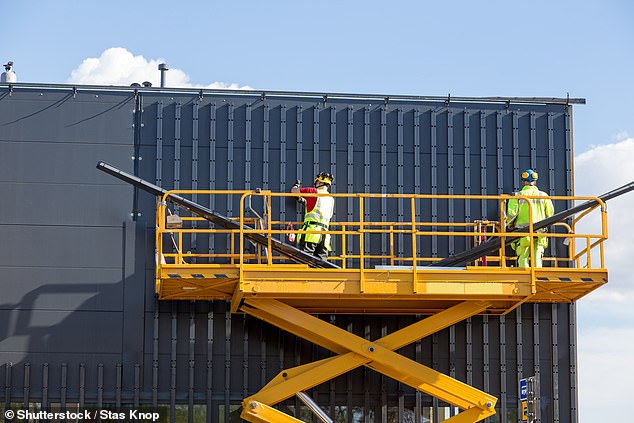 A strong performance was also observed in its Canadian arm as a result of the high demand for products in its lighting, grip and lens business as restrictions on television and film production were relaxed.

But the largest monetary increase in revenues occurred in its US division, where Ashtead earns around 80 per cent of its takings and operates under the name Sunbelt Rentals.

Its general tools arm in the country heavily expanded through numerous acquisitions of firms based primarily across California, Florida and Midwestern states like Pennsylvania and Ohio.

There were another four purchases of US specialty businesses, driving rental revenue up by more than a third and total income growth 28 per cent higher.

Together with higher margins across all three divisions and savings in operating costs, pre-tax earnings climbed by 35 per cent to £1.69billion.

Since the pandemic started, Ashtead has seen trade surge as construction booms in the UK and USA and shortages in machinery available for sale have led to greater demand among customers to rent construction equipment. 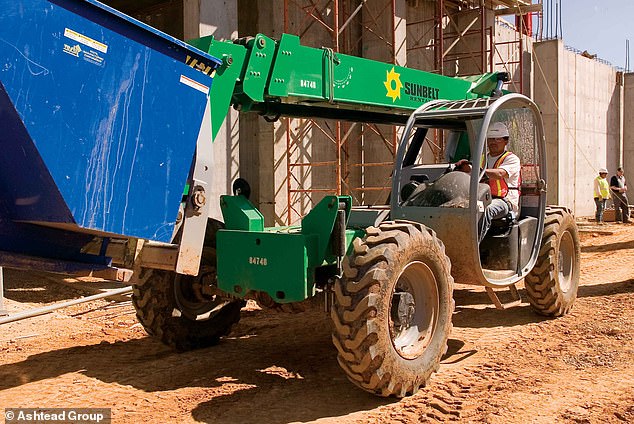 American business: Revenues in Ashtead Group’s US division, where it operates under the name Sunbelt Rentals and earns around 80 per cent of its income, jumped 28 per cent higher

Chief executive Brendan Horgan said: ‘Our business has demonstrated its ability over the last two years to perform in both good times and more challenging ones.’

He added: ‘We are well-positioned to navigate the challenges and capitalise on the opportunities arising from the market circumstances we face, including supply chain constraints, inflation, labour scarcity and economic uncertainty, all factors which we believe to be drivers of ongoing structural change.’

Despite the optimistic assessment by Horgan, Ashtead Group shares declined 4 per cent to £36.51 on Tuesday, although their value has grown by over 59 per cent in the past two years.

The FTSE 100 company predicts domestic revenues to fall this year due to the UK Government ending free mass Covid testing and the subsequent closure of testing sites from the start of April.

Amidst the current cost-of-living crisis, with the UK inflation rate at its highest level in four decades, the business also anticipates increased spending on labour, fuel and transportation.

Laura Hoy, an equity analyst at Hargreaves Lansdown, said: ‘The combination of a positive outlook for the group’s end markets and a strong balance sheet means the company’s well-positioned.

‘And a competitive position in the fragmented equipment hire business provides scope for long-term growth.’

Where can I get the best easy-access savings rate?

In its efforts to escape the impacts of...

Where can I get the best easy-access savings rate?

In its efforts to escape the impacts of...