The volume of holiday requests which followed the Prime Minister’s announcement of his roadmap out of lockdown triggered the HR department at one Premier League club to send an email to managers urging them to ensure staffing levels do not drop.

In particular, large numbers were quick to ask for both June 21 and June 22 off, which just happen to be the first two days all lockdown restrictions are removed.

HR at the club in question wanted to guard against a period of decimated resources — with workers toasting the lowering of restrictions and then dealing with the next day’s hangover. 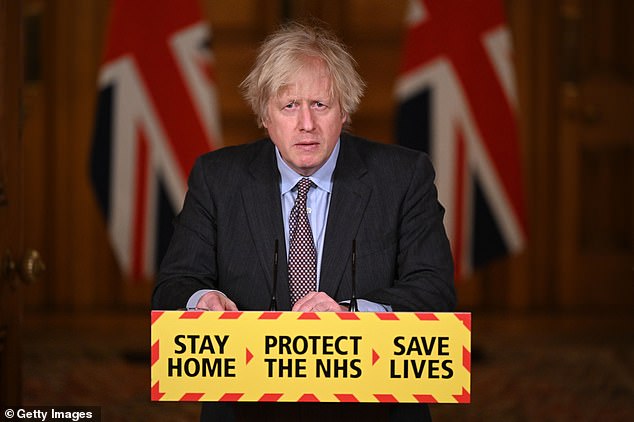 THE newly-formed Sheffield Wednesday Supporters Trust has launched an application for Hillsborough to be granted Asset of Community Value (ACV) status.

Should they be successful, the move would ensure that the local authority have first refusal if the club’s ownership try to sell the historic stadium. In reality, the council would be unable to afford it, and the application is largely aimed at insuring against any possible underhand moves. ACVs are now commonplace at dozens of clubs as fans seek protection.

These are troubling times at Wednesday under owner Dejphon Chansiri.

Last night the club’s supporters’ trust tweeted three questions for Chansiri asking when he will outline his strategy to save the club, publish the 2018/19 accounts and complete fan refunds. 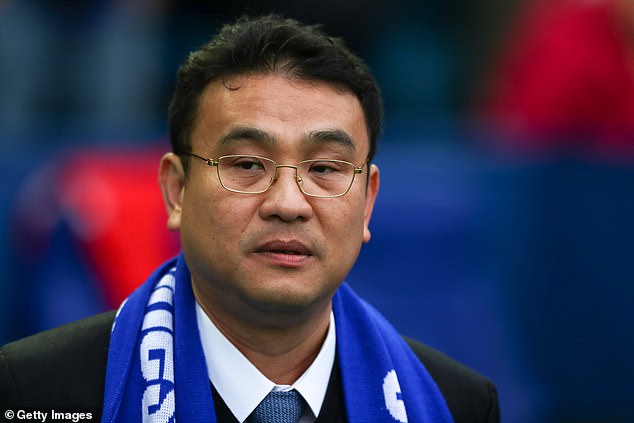 Ross Connolly launched a defence of his client after the captain’s uncomfortable post-match interview with the BBC’s Sonja McLaughlan sparked criticism. He accused one journalist of ‘having an agenda’.

The England team account yesterday tweeted a message of support to McLaughlan, who said she was sitting in her car in tears after the interview generated a grim online pile-on. 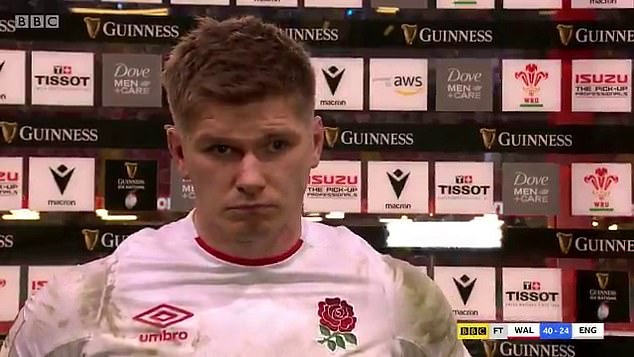 The premature conclusion to England’s third Test in India triggered a scheduling headache for Channel 4 and prompted knowing nods from former BBC executives.

The unpredictability around a Test’s duration was one of the key reasons for the Beeb’s withdrawal from cricket at the end of the last century.

Viewers of the Pakistan Super League may have been surprised to hear the dulcet tones of David Gower, 63, on the world feed used by Sky.

He was shown the door by Sky two years ago and it was good to hear him again. The blend of Gower’s unflustered style with gimmicks such as the arrival of a beeping cartoon Tuk Tuk (to inform viewers of a review) and a drone which drops the ball into the umpire’s hands before play, makes for entertaining coverage.

Eyebrows were raised at Sky, where there was a feeling the ex-England captain was never a fan of 20-over cricket. 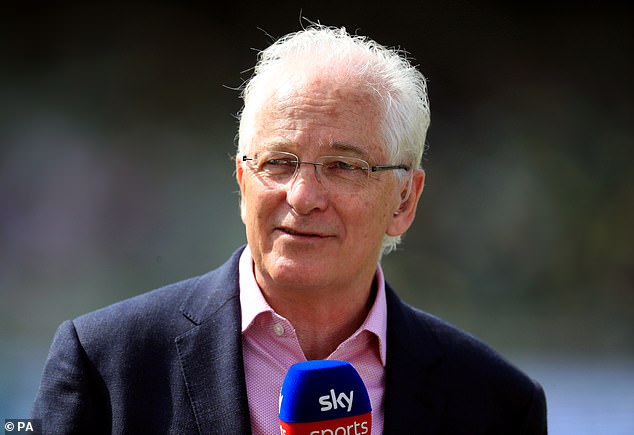 The Hundred gets renewed publicity ahead of start

A flurry of embargoed press releases from the ECB to promote the Hundred dropped into the inboxes of cricket journalists on the eve of England’s Test against India.

While the insistence is that Test cricket is the priority, many of the recipients saw this as further evidence that all the focus is on the new format.

The German government are furious with the International Olympic Committee over what they see as a rushed decision to give preferred bidder status to South East Queensland for the 2032 Olympics.

A German bid from the Rhine-Ruhr region was expected to get into full swing last week, but they were blindsided by the IOC announcement. German media are questioning the role of IOC executive board member John Coates, who is also president of the Australian Olympic Committee and has been a cheerleader for the Brisbane-based bid since 2017.

German anger is based on the fact that, despite his vested interest, Coates was appointed as chair of an IOC working group to draw up the rules for the 2032 Games bid process in March 2019.

However, the chances of the Germans taking their complaint to the Court of Arbitration for Sport are slim, given its president is none other than John Coates. 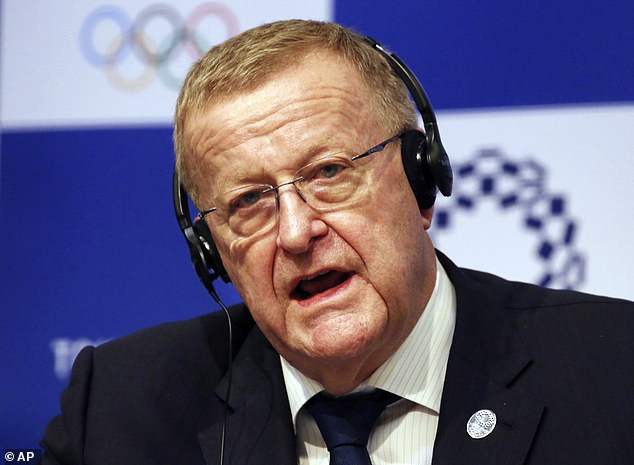 As this column previously reported, Government regulators are monitoring the BBC website’s coverage of the England tour of India, amid concerns the broadcaster is providing commentary on a series for which they have not paid.

The BBC say their Cricket Social audio feed is not a live commentary. However, tweets from the Test Match Special account, using the word ‘live’ along with a link to the content, have caused further irritation.

York City will today end the auction of 132 items from their old Bootham Crescent ground.

The Minstermen, currently in sixth-tier National League North, have moved to the new, 8,000-capacity Community Stadium after 88 years at the Crescent and are seeking to raise cash.

Given the reputation of Yorkshire folk around money, perhaps it should come as no surprise that among the items up for grabs are four urinals from the Popular Stand.

Those interested, however, will need to spend more than a penny, with bidding for the stainless steel urinals starting at £40. 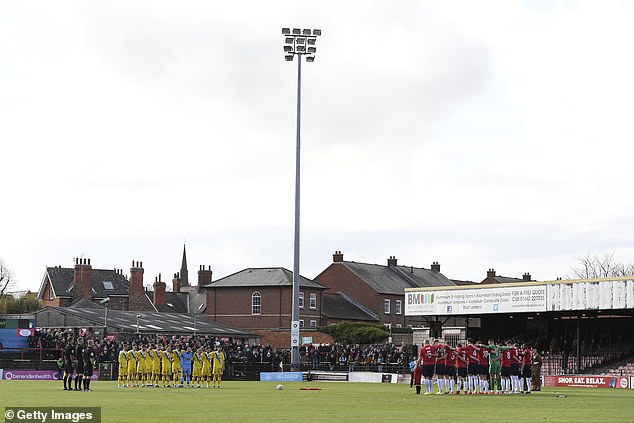 Information technology companies are touting their services to Premier League clubs over the rise of online abuse of footballers.

Sources have told Sports Agenda that firms are quoting up to £10,000 a month and claiming they have the software to identify culprits. However, their claims have met resistance.

‘They say they have a silver bullet,’ said one top-flight official, ‘but the belief is that the silver bullet does not exist.’

Journalists were contacted by a PR agency on behalf of sponsors Guinness before last weekend’s Six Nations matches offering a pack of the black stuff and a Deliveroo voucher.

The offer seemed a little odd until one read the last line of the email, which issued a polite reminder to those covering the tournament to ensure they inserted the word ‘Guinness’ in their copy.

England manager Gareth Southgate will appear on talkSPORT this week for no less than an hour, in what is a coup for the station.

The Three Lions boss will be grilled by Laura Woods and Ally McCoist tomorrow at 9am. 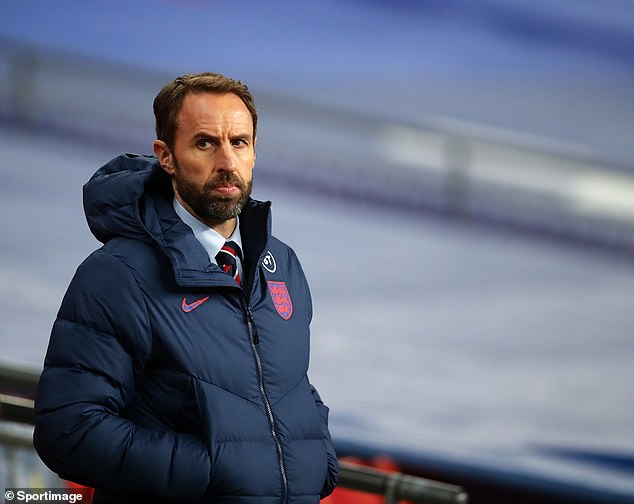 Dylan Farrow, 35, asks for 'empathy' from viewers who watch never-before-seen home video of her