The Duke and Duchess of Sussex extended the wedding invitation to Oprah Winfrey to include the evening reception at Frogmore House, attended only by their closest relatives and friends.

The chat show host had been invited to the ceremony at St George’s Chapel, inside Windsor Castle, despite only having apparently met Meghan face-to-face once. 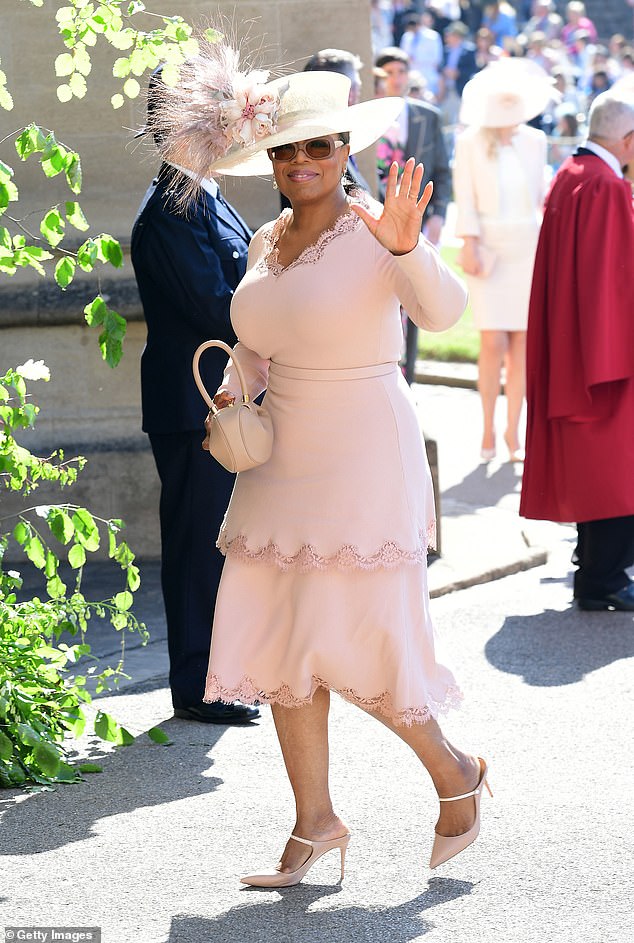 It is not thought she had ever met Harry in person.

The Duchess is understood to have used her quota to include Oprah in the evening’s invitation.

Harry left many of his old friends off the guest-list, including Tom ‘Skippy’ Inskip and wife Lara, and his step-brother Tom Parker Bowles and step-sister Laura Lopes.

By Kate Mansey and Jo Macfarlane

Meghan and Harry already knew they were being stripped of their titles and patronages when they sat down for their ‘no subject off-limits’ interview with Oprah Winfrey, The Mail on Sunday can reveal.

But the Sussexes are understood to have been left reeling by the tone of the strongly worded statement in which the announcement was made on behalf of the Queen. Sources say their shock at least partly explains the anger and hurt displayed by the couple during the trailers released ahead of tonight’s primetime CBS interview.

The Queen had several private conversations with Harry in the preceding weeks in which she explained it would be impossible for him and Meghan to keep their patronages if they confirmed they were staying away from official duties.

But the statement announcing the move, released by Buckingham Palace on February 19, was potentially explosive from the Royal Family’s perspective – and risked the sort of on-screen reaction that US viewers are likely to see tonight. 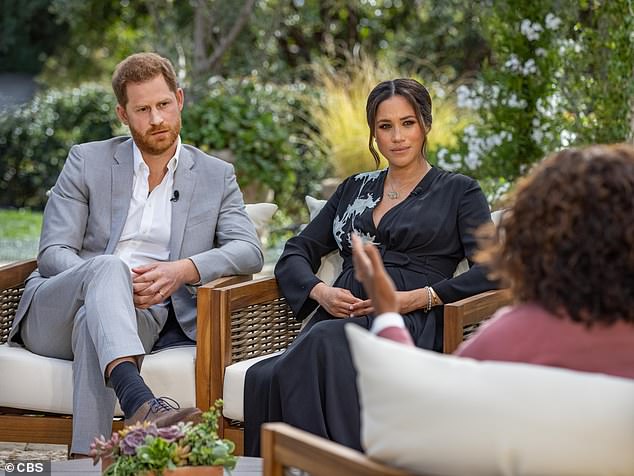 References to ‘a life of public service’ were a particular bone of contention for Harry who served on two tours of Afghanistan with the British Army. The couple are also thought to have been upset that the Queen chose to sign off her announcement by saying ‘we are all saddened by their decision’ rather than wishing them well for the future. The timing also caused anger, given that a review of the couple’s decision to step back from Royal duties wasn’t due until later this month.

For her part, billionaire Oprah, a chat-show veteran with more than 40 years of television experience, has described the broadcast to colleagues as ‘the best interview she’s ever done’.

Within hours of the Buckingham Palace statement, photographs had been taken of her boarding a jet at Santa Barbara airport, 15 miles from the Sussexes’ £11million mansion.

Reports suggest that Oprah had only met Meghan once before she was a guest at the Royal wedding in May 2018 when she was described as a ‘friend of the couple’. It is thought they were introduced through the American network CBS and met when Oprah found herself in London.

The 67-year-old said she previously asked for an interview with Meghan, but her request was declined with the Duchess apparently telling her it was ‘not the right time’.

‘I remember that conversation,’ Meghan tells Oprah in one of the trailers for the interview. ‘I wasn’t even allowed to have that conversation with you personally. There had to be people sitting there.’

Meghan goes on to say that now is the right time because ‘we have the ability to make our own choices in a way that I couldn’t have said yes (to a previous request for an interview). That wasn’t my choice to make.’

‘So, as an adult who lived a really independent life, and then go into this construct that is different than I think what people imagine it to be, it’s really liberating to have the right and privilege to say, “Yes, I’m ready to talk.”’

The couple had been president and vice-president of the Queen’s Commonwealth Trust, an organisation set up by the Duke’s office in 2018 and which, it was hoped, would give them both an international role.

But these also reverted back to the Queen, while the Duchess lost her position as patron of the Association of Commonwealth Universities. The decision also meant Meghan was stripped of her patronage of the National Theatre, a role gifted to the former actress by the Queen after she had held it for 45 years. 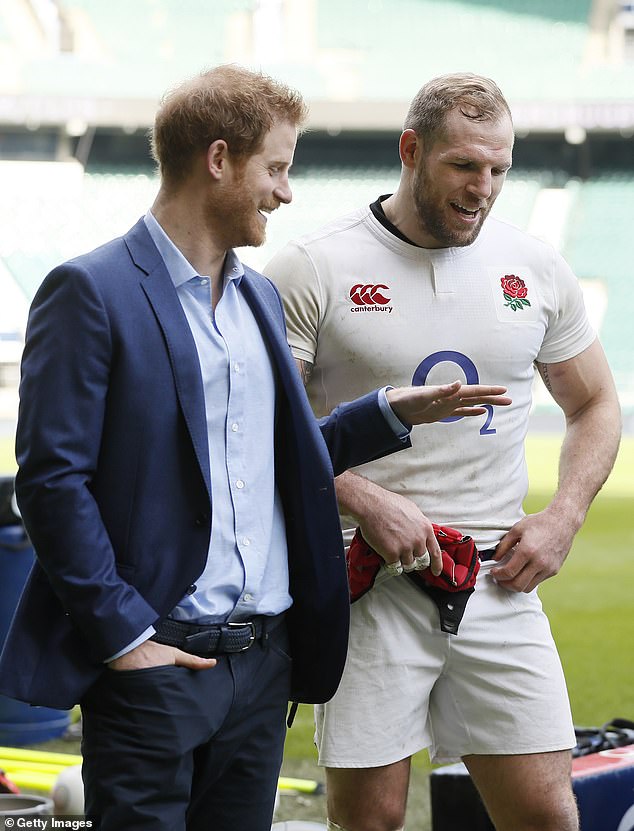 Following the Queen’s announcement, the Sussexes – clearly stung – issued a response shortly afterwards. ‘As evidenced by their work over the past year, the Duke and Duchess of Sussex remain committed to their duty and service to the UK and around the world and have offered their continued support to the organisations they have represented regardless of official role,’ they wrote.

‘We can all live a life of service. Service is universal.’

The parting shot was described by commentators as ‘insulting’ and ‘horribly disrespectful’ to the Queen.

The Sussexes later claimed this had been taken ‘out of context’. But it was notable that, on the newly updated logo for the couple’s Archewell Foundation, the word ‘Service’ appears prominently.

The couple are retaining their private patronages. These include Harry’s role at Sentebale, a mental health charity, and the Invictus Games Foundation. Meghan is also patron of Smart Works, which gives job interview clothes and training to women in need, and the animal charity Mayhew.