By Riath Al-Samarrai for the Daily Mail

Never one for a quiet walk on the touchline, Ralph Hasenhuttl had a good scream after another death by a thousand pixels on Saturday night.

‘That’s impossible,’ he yelled, and yes, it can seem that way with VAR. He had just watched Danny Ings’ stoppage-time equaliser against Aston Villa ruled out because the lower end of his sleeve was offside, with VAR Mike Dean supporting the instinct of the assistant, Simon Long.

That one stung, as did the earlier call from Stockley Park to deny Southampton a penalty because the ball had brushed Matty Cash’s thigh before hitting his hand. 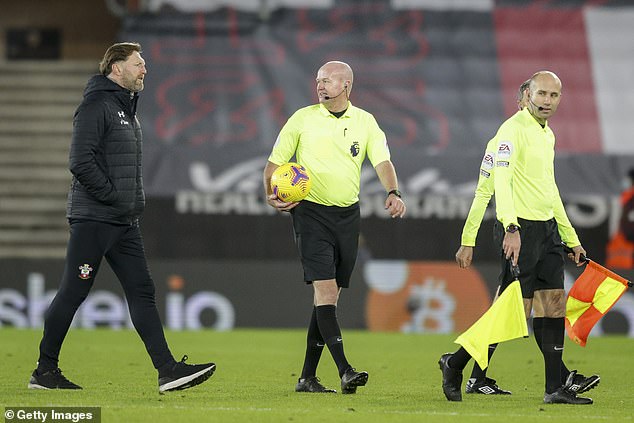 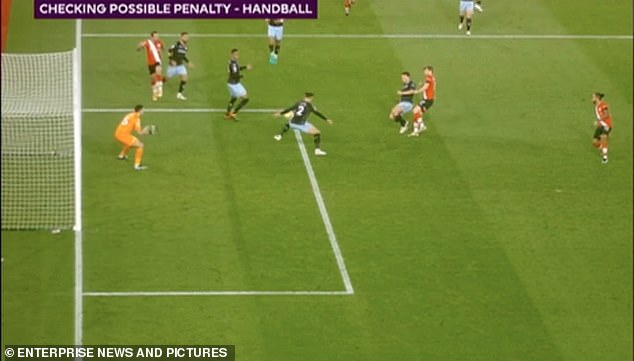 By the letter of the law, both calls were right; in the more emotive realms of football, the recurring question is how it ever came to this.

None of which helps Southampton, who have lost three in a row in the league. A fine campaign has hit a rocky patch amid a build-up of injuries, though it would be unkind to rule too harshly on the latest loss, which came in a game they dominated. Ross Barkley scored one of eight Villa chances; Southampton had 20 and converted none.

So long as they are creating, it is safe to assume they will recover, but that depends too on better finishing. That would include Ings, who is yet to resume the excellent form he showed prior to injury in November. 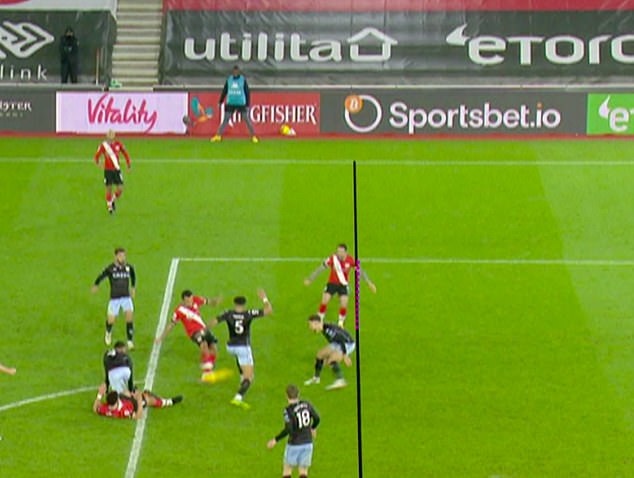 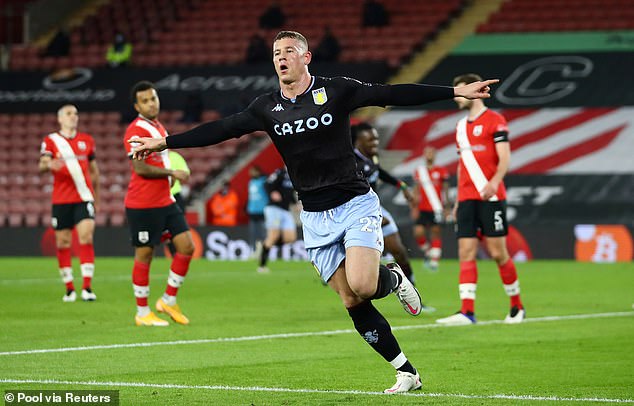 ‘We are trying to gain momentum, gain points,’ said Stuart Armstrong. ‘To not get the big decisions has a big impact on the game at difficult times.

‘We need to pick ourselves up for going away (to Manchester United) on Tuesday. We need to put in a fighting performance but we always have belief against the so-called bigger teams.’

Jack Grealish drew further credit for his ninth assist of the season on the Saturday but equally the win owed much to Villa goalkeeper Emiliano Martinez, who kept his 10th clean sheet of the season after joining from Arsenal.

His save from Che Adams in a one-on-one was particularly important. ‘He has probably exceeded what I thought he would bring to the team in terms of his calmness and personality,’ said manager Dean Smith.

Celebs Go Dating: Sophie Hermann branded 'immature' by suitor after dumping him because of his age